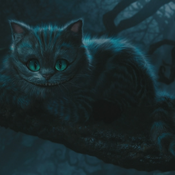 The Chevrolet Corvette (C3) is a sports car that was produced by Chevrolet for the 1968 through 1982 model years. Engines and chassis components were mostly carried over from the previous generation, but the body and interior were new. It set new sales records with 53,807 produced for the 1979 model year. The C3 is the third generation of the Chevrolet Corvette, while the 1969 through 1976 models mark the second generation of the Corvette Stingray.

The Corvette C3 was patterned after the Mako Shark II designed by Larry Shinoda. Executed under Bill Mitchell's direction, the Mako II had been initiated in early 1964. Once the mid-engined format was abandoned the Shinoda/Mitchell car was sent to Chevrolet Styling under David Holls, where Harry Haga's studio adapted it for production on the existing Sting Ray chassis. The resulting lower half of the car was much like the Mako II, except for the softer contours. The concept car's name was later changed to Manta Ray. The C3 also adopted the "sugar scoop" roof treatment with vertical back window from the mid-engined concept models designed by the Duntov group. It was intended from the beginning that the rear window and that portion of the roof above the seats–be removable.[5]

The "Shark" has the distinction of being introduced to the motoring public in an unorthodox—and unintended—fashion. GM had tried their best to keep the appearance of the upcoming car a secret, but the release of Mattel's die-cast Hot Wheels line several weeks before the C3's unveiling had a certain version of particular interest to Corvette fans: the "Custom Corvette", a GM-authorized model of the 1968 Corvette.