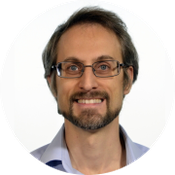 The pictures above have been generated using Lego Digital Designer and LDD2PovRay. Background and shadow are added with Gimp. They represent what the colors should look like. In the video below you will be able to see my prototype made with the bricks I was able to gather. Please note the posture of X-Rex on the video: it looks less tall than in LDD pictures because of the torsion the legs have in order to support the weight of the skeleton.
The name
X-Rex: X as a variable, X-Rex is neither a T-Rex nor an Indominus Rex. It is close to them but has some differences like the spur on the legs and the basin bones. The 4 finger hands, useful for grasping and keeping mini-figures / objects, make it closer to an Indominus rather than a T-Rex. Furthermore the word "X-Rex" looks to me similar to "x-rays", and so we get to the aim of the project:  my idea was to create something playable (not just a collector's piece); not a static skeleton but a living animal. So I like to think to X-Rex as a kind of a living T-Rex seen through an x-ray. By the way, someone may consider it as a T-Rex Halloween edition.
The logo is a tribute to our beloved Lego T-Rex.
Cons
It is not rock solid: if you push too much on its back, the legs will dislocate (it may be considered a safety feature to not break Lego parts); on the other hand if you pull too much on one of its legs the connector will extract from the joint ball. I tested X-Rex with my 5 year-old son and it works, but be careful: teeth are sharp and strong so if you put your hand in its mouth and tighten the mandible it can be painful.
Neck does not move up and down.
Legs are almost not movable.
Pros
It is playable and self-standing (watch video).
Head can rotate in every direction, but it is too heavy to stand straight with a joint ball only, that is why I added a mechanism  (watch video).
Arms, hands and tail can swing/move in every direction. Mouth can be moved smoothly thanks to four connector pegs with friction and can be opened up to about 160 degrees.
I eventually added a LED brick 54930c01 in the skull (watch video) so that the red light pours out of the eyes. This required small changes in respect to the above images on the front that someone may notice.
Tech specs
This project has less than 690 parts. Dimensions: 66x27x22 cm (26x11x9 in).
This is my first project. Advice and tips are welcome.
If you like this project please support it.
Please consider to support also my complementary projects: It's-Black and Rex-Bratty.