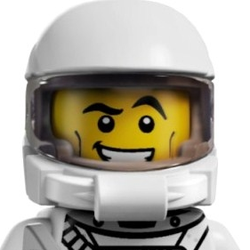 Mortal enemies in the Star Citizen universe, the Vanduul pilot in his Scythe and the UEE Navy pilot in his Hornet, come face to face in the dark reaches of the galaxy.  Who will win this epic battle?

This set presents two iconic space fighters from the upcoming video game Star Citizen in the MIcrofighters style.  The Vanduul Scythe, and the UEE Navy Hornet.  The simplicity, fun, and popularity of the LEGO Star Wars Microfighters line is undeniable, so I wanted to apply the same style to another fantastic sci-fi universe, the Star Citizen one.

These Star Citizen Microfighters are roughly the same size as the official LEGO ones and would be great fun to swoosh around, or display on your desk.  Each would come with a custom Star Citizen minifig.

If you would enjoy an expansion of the Microfighters style, please support!