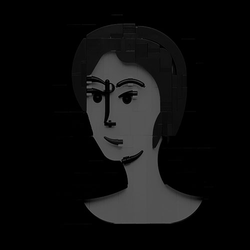 No mystery in a big city of Zootopia is too hard for the pair of a brave and determined police officer Judy Hopps and her smart and resourceful partner Nick Wilde! Build two posable movie-accurate figures of Judy and Nick and send them in a new adventure!

About the characters:
Judy Hopps and Nick Wilde are the main characters of the 2016 Disney animation film Zootopia which takes place in a city populated by anthropomorphic mammals. Judy Hopps is a young rabbit whose optimism and determination help her overcome any difficulties and reach even seemingly unachievable goals such as becoming the first ever rabbit police officer in Zootopia. Nick Wilde is introduced as a stereotypically sly and cynical fox but later proves to be a kind and caring friend. But first Judy and Nick should overcome their differences and work together to solve a mystery which threatens peace in the city. By the end of the story both heroes learn not to judge a book by its cover and become good friends.

To conclude, Judy Hopps and Nick Wilde are vivid and inspiring characters - and also very cute bunny and fox!

About the models:
The suggested models are movie-accurate representations of the titular characters and feature fully posable limbs which makes them perfect for reconstructing various scenes from the movie or creating entirely new scenarios from your imagination. These colorful models are equally suited for active play and static exposition and would appeal to both children and adults.

Additional accessories include Judy's notebook and the distinctive carrot pen.

If you like these models of Judy Hopps and Nick Wilde, please support this project and share it with your friends! Thank you for your attention!