Batman and Robin: Bat-Tumbler and Redbird 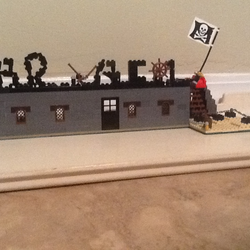 This is the combining of my redbird and tumbler. It's not the actual tumbler, but it is similar to it. It's not really a "set", but more of something to collect, but it can easily be called a set as well. There's no action or place, it's just a car and two minifigs. The two minifigs are Batmen and Robin. The Robin is the same from the newest modern Batcave(not the one portraying the 60's show). When you push forward on the two "things" behind the motor, the redbird will be pushed out of the middle. The Batman is made of other pieces from other sets, unlike the water. You can put fire in the motor on the back, which I forgot o do. So I hope you like the set and please help me get it to be a real one.