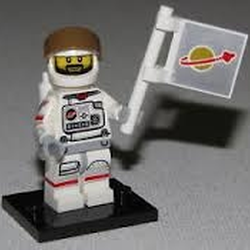 As explorers and colonists ventured further from Sol, it soon became apparent (especially for those furthest away) that a new support ship was needed. As it was not cost effective to build multiple ships to fill the many needs of the "fringers", it was decided to create one starship that could quickly be modified to fulfill many roles. The Minerva was the end result of that decision.

The set as shown contains 983 pieces.