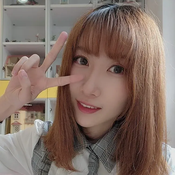 By Huang Hsing Jo
28 comments
I'm a LEGO enthusiast in Taiwan. My name is Huang Hsing Jo.
The theme this time is a steampunk style flying ship with fantasy elements.
Steampunk is the people's imagination of the late industrial revolution, and the background story is an overhead world where steam technology has reached its peak.
Legend has it that in the Victorian era of the 19th century, the Industrial Revolution flourished.
People have imagined many ways to conquer the sky, one of which is a flying ship powered by a steam engine that was widely used at that time. The back of the hull and the wings of the dragon combine the elements of fantasy.
Flying in the sky was still a dream relating to science and magic for people at the time.