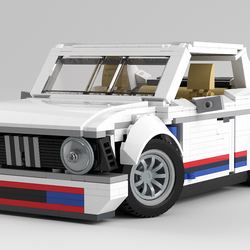 LEGO car sets need a little fun and extra speed, something like a Supra, this is a Japanese car with a very big turbocharger built in it, all the pistonheads fans of Lego would love to have one of these at home, so if you are that kind of person, SMASH that support button to make it happen!

There's also an orange version inspired in the Fast and Furious Toyota Supra.

Thanks for stopping by and don't forget to Support!