Heroes of the Phantom 300 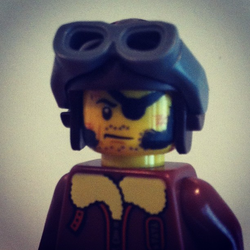 By ScottJoseph
0 comments
In a nutshell: HotP300 are space adventurers looking for an old ship. They come across all sorts of alien life and trouble. It's like Sherlock Holmes and Indiana Jones had a kid who was adopted by Han Solo. Then that kid had some friends and they go hopping around planets looking for the Star Chaser II, in hopes to free their people who are being enslaved by a bunch of wolf-people.

What it is: "Heroes of the Phantom 300" follows a group of adventurers that cruise through space seeking the lost fabled ship known as The Star Chaser II.
What makes this setting amazing is that it will have a well rounded group of characters from the charismatic rogue main character Patch Hawkins to the mischievous Batoid companion to the crew named Rosco.
The set will include positive female and male characters as well as wise and respected elder to the group that will be the moral compass of the group.
What "HotP300" does that others don't is that it could easily be an expansion set to go along with other sets like Galaxy Squad and even LEGO City. In the Galaxy Squad setting this set could be used to help round out the universe providing more types of Heroes for buyers to empathize with and even appeal to older buyers. In the LEGO City setting it could bridge a gap between Galaxy Squads Space theme with that of a the surface areas of planets. With Patch and crew being a little more rough and contemporary it gives them the ability to not look out of place while they search for clues in a city on a far away planet dealing with it's inhabitants.
This set even has room to make it as an animated series, which makes it a great concept to move along.

The Star Chaser II is a Spacecraft that has long been lost. During the last Great War, it had vanished, and in so, cost the Colonies of Echo their freedom. The Lupoids, a wolf-like humanoid race, have now gone about ruling over the people of Echo. Patch and other groups of adventurers have gone about searching for the Star Chaser II in hopes that with it, they may save their people! 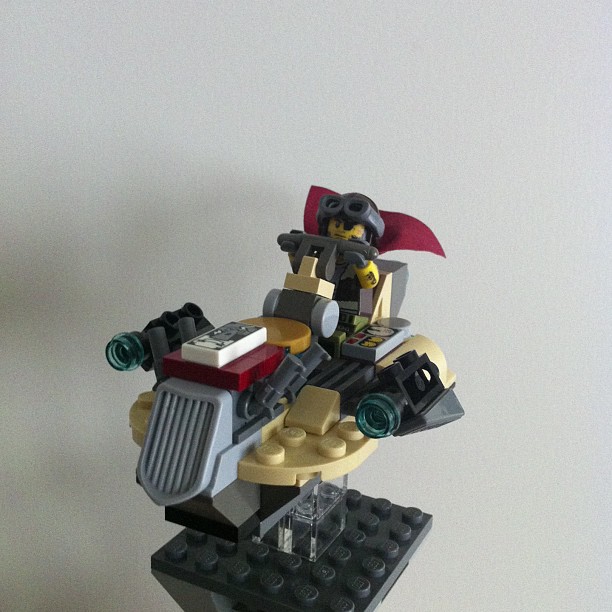 Patch Hawkins (above): is a former Veteran of the Battle of Echo. Where he led many men and women against the Lupoid forces. Since his retiring he has moved on to exploring and searching for the fabled Star Chaser II! Patch is a great pilot and is well suited for either flying his Speeder or a Mechanical Power Suit (MPS). Patch is known for his charismatic wit and being overly optimistic. 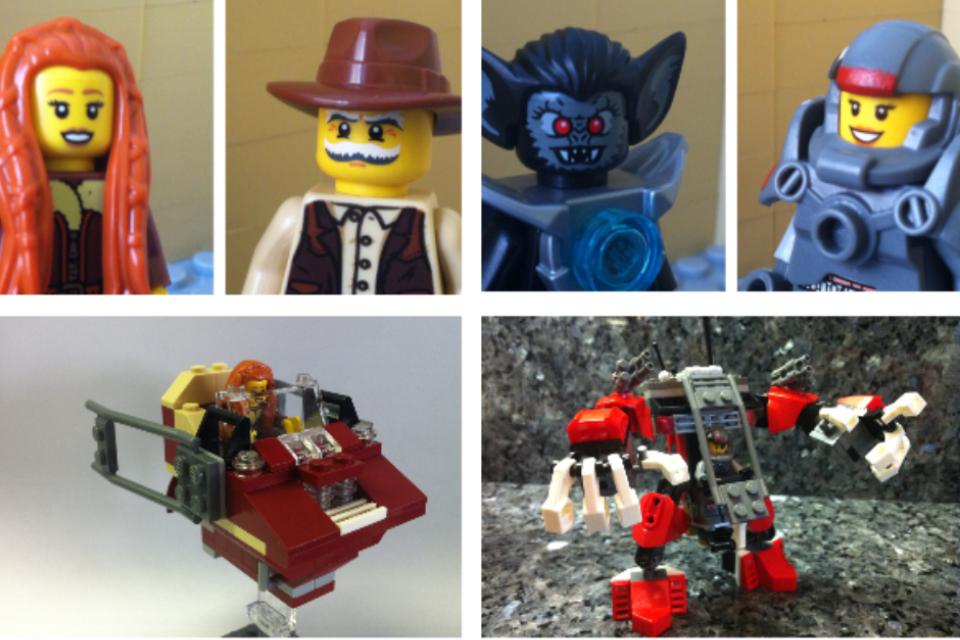 "Red" Lee (far left): is one of the best pilots in the galaxy, and she lends her skills to the group by flying the vessel known as "Phantom 300". On more than one occasion "Red" has been the only reason the group has managed to survive. Whether it be flying from an enemy, or dodging asteroids, "Red" is the one you want flying your ship!

"Doc" Brimstone (middle left): The eldest of the group, and the wisest. "Doc" brings a large number of tricks to the group. Not only is he the voice of reason, he is also the mechanic and creator of the various vehicles and implementations that the group uses along their way. "Doc" is a master marksman, and uses the large turret attached to the "Phantom 300".

Rosco (middle right): A Batoid from the planet of Nocturnae, Rosco is the prankster of the group. Constantly up to something the Batoid seems to find himself most comfortable when tinkering or altering "Doc's" creations, for the good or bad. Rosco joined the group recently after being found stranded in a small spacepod floating deep in space. Patch calls Rosco "lucky" the rest of the group thinks the opposite.

Lily Willow (far right): When Patch finds himself in the thick of a battle he can always count on Lily being right at his side. Usually in a MPS, Lily offers great combat support and some mechanical muscle to most expeditions. Lily is new to exploration after spending her time prior as a Math teacher, which has enabled her to become a master tactician and valued companion.

Mechanical Power Suit: The close range MPS is used for close quarters fighting and heavy lifting. In this shot we see Patch operating the suit.