By SenatorBlutarsky
18 comments
For over a century, The Nutcracker ballet has been a Christmas tradition in just about every major city that has a professional ballet company. Even if you are not a fan of ballet, it is hard not to be enchanted by the magical tale of the nutcracker, who defeats the mouse army and then is transformed into a prince, leading young Clara into the Land of Sweets, where they are both entertained by a series of dancers from around the world. Tchaikovsky's score is absolutely brilliant and stands alone on its own merits.

If you have ever been to see The Nutcracker, you may have noticed that the most popular souvenir items sold at the concession stands are the nutcracker figurines, which are pretty much symbolic of the ballet. These nutcrackers are carved from wood and are typically decorated with bold colors, including plenty of gold. Over the years, the nutcrackers have come in a variety of colors and have been outfitted with a variety of different implements, including drums, swords, rifles, staffs, and sceptres.

So why not make nutcracker figurines out of LEGO bricks? The blocky shapes and bold primary colors of the nutcracker figurines lend themselves very well to a LEGO treatment. Imagine the potential market for LEGO nutcrackers at the ballet concession stands -- there would finally be an item that boys (who got dragged to the ballet along with their sisters) might be interested in :-).

I have chosen to build the nutcrackers' hair and beard out of bricks, but it is possible that the LEGO Company could find another solution that might work slightly better. For example, material similar to the one used for minifig capes could possibly be used instead. I'm not sure whether cutting this fabric in a new shape would constitute a "new mold" as far as LEGO is concerned.

Although LEGO Cuusoo projects are supposed to be oriented toward a single set rather than an entire theme, I think it is pretty easy to see how this idea could be extended into a theme, with a new nutcracker being produced every Christmas season, much in the same way that the Winter Village sets are produced. Also, while I am not proposing it, it would be very cool if each nutcracker figurine came with a matching minifig (but that would be a decision for the LEGO Company if and when this project reaches review).

Below are two poses of the drummer nutcracker. You can see from the nutracker on the left that the nutracker mechanism does indeed work as one might expect. 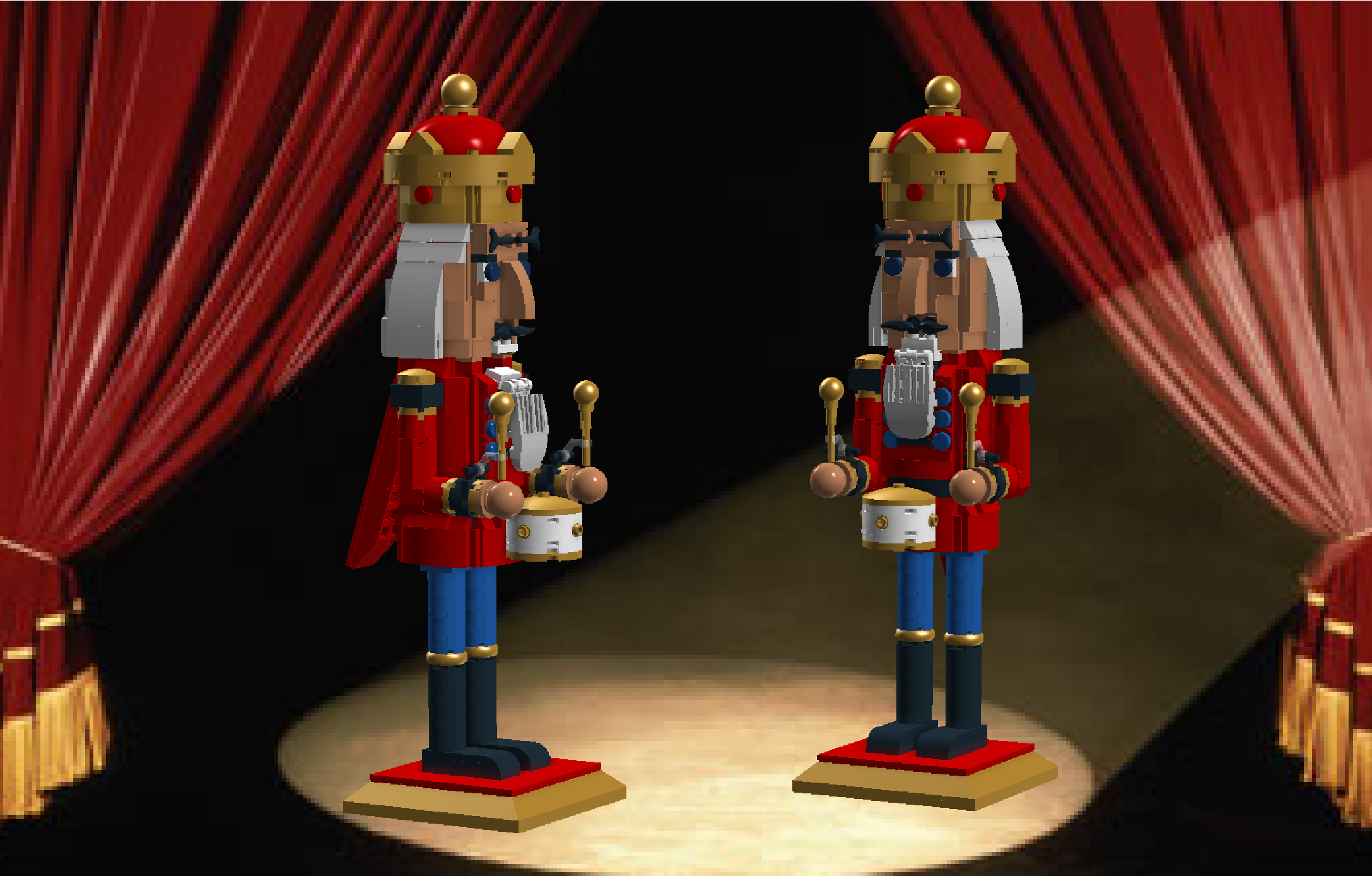 Next are a similar set of poses for the soldier with a rifle. 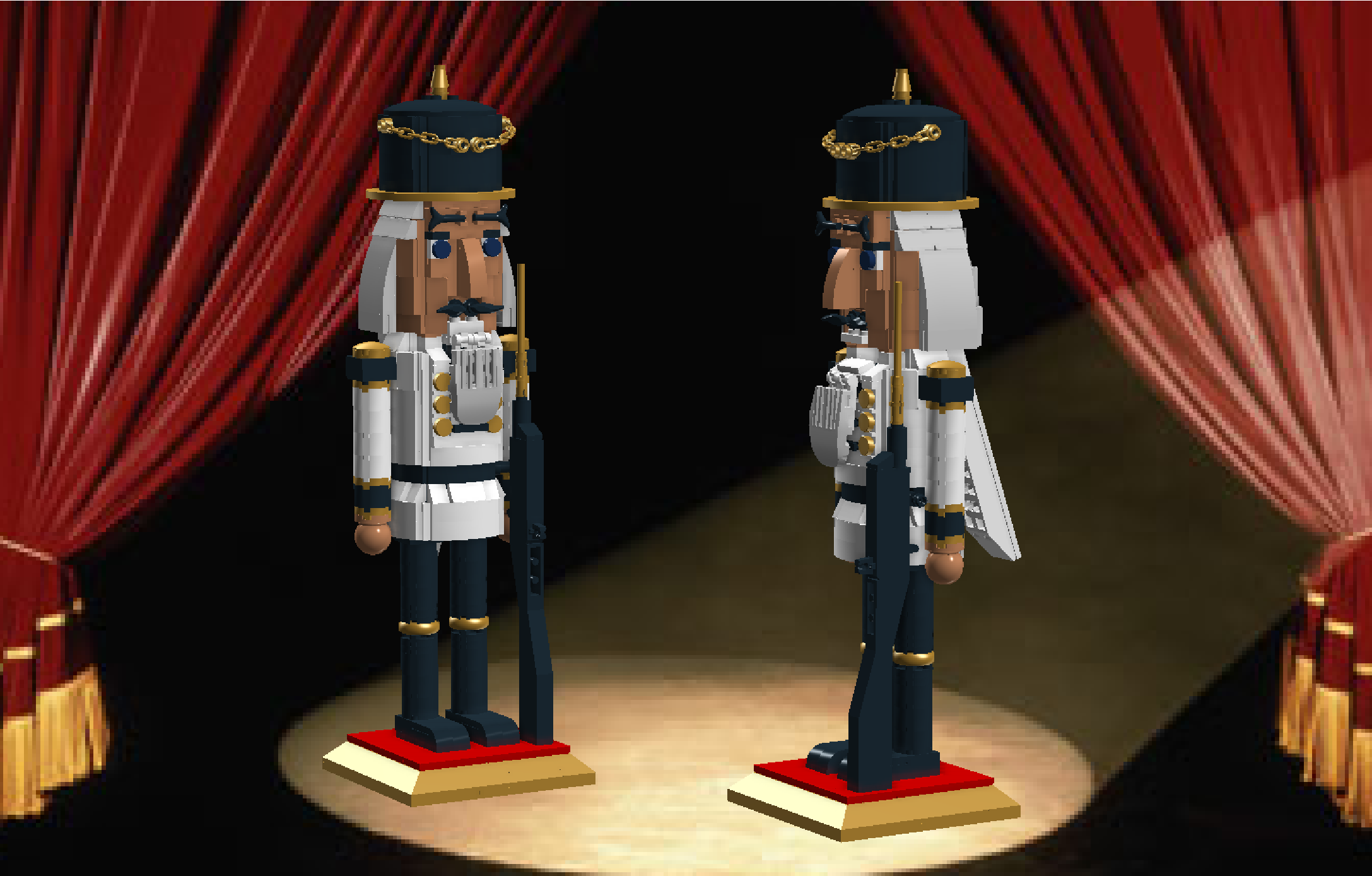 Below is the soldier with a sword. If I personally had to choose one nutcracker to be produced, I would have to go with this one, since it is probably the most traditional. 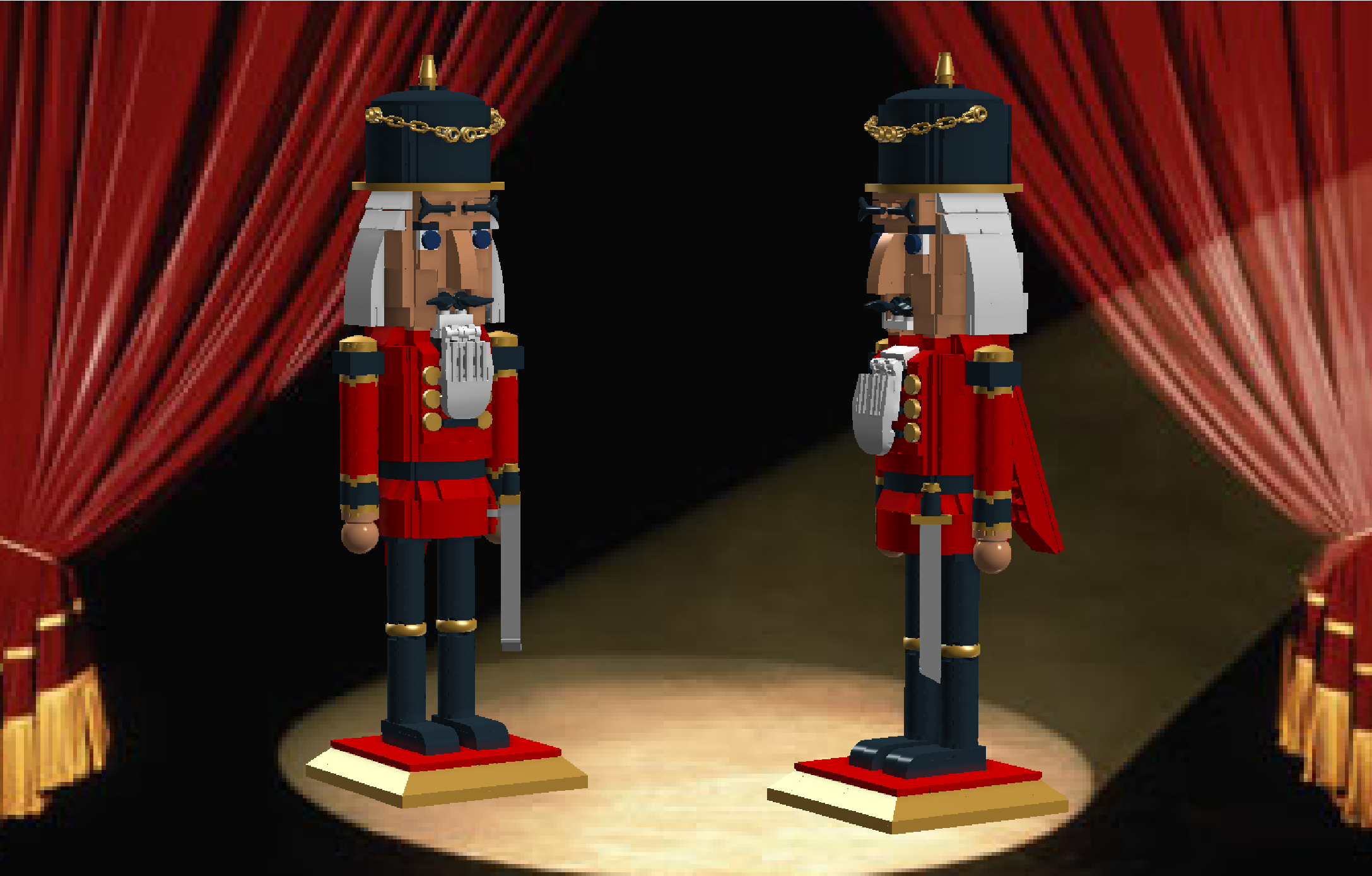 Finally we have the prince with a staff. 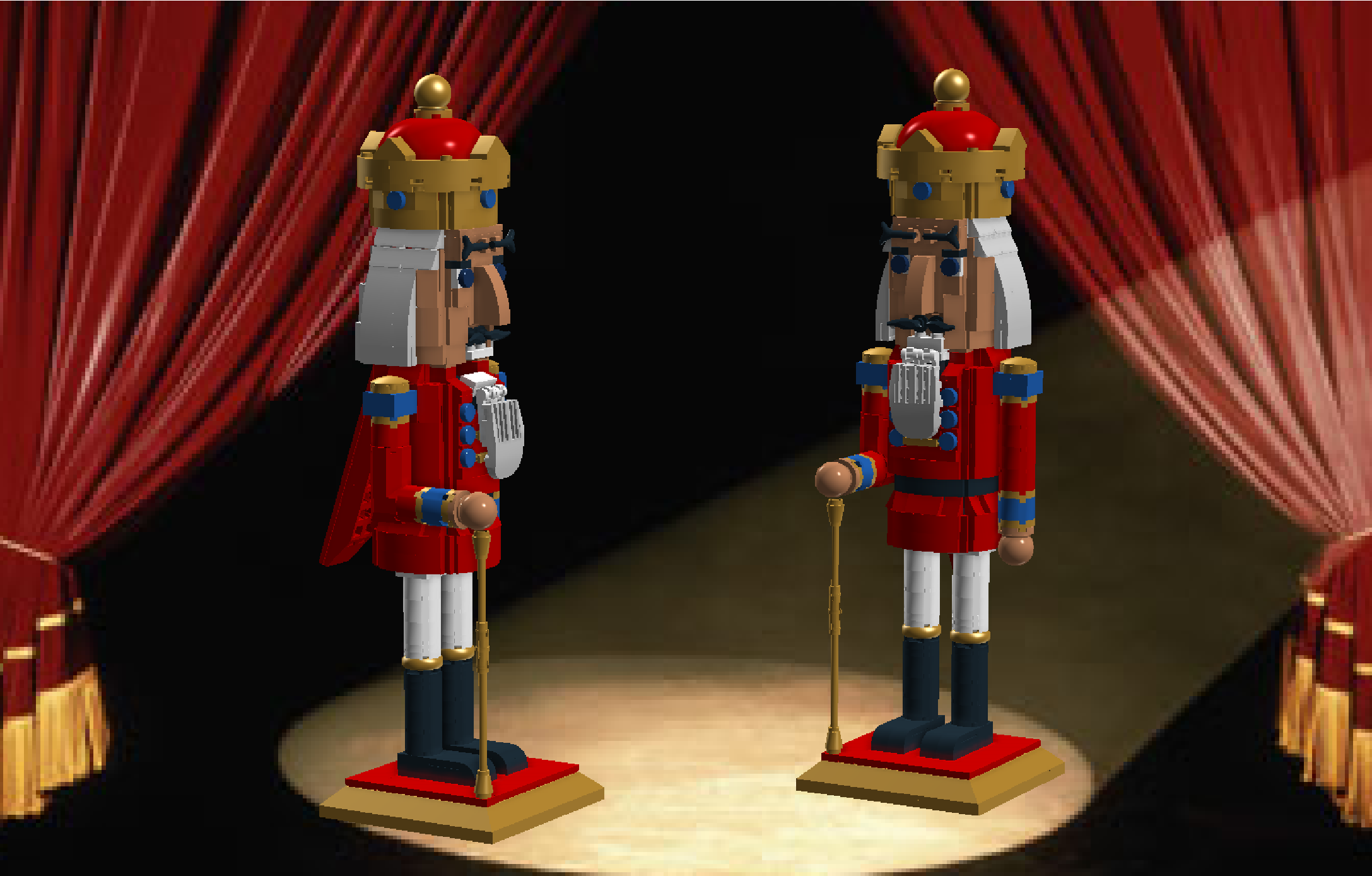 More pictures of these nutcrackers are available on my Flickr page.

There are certainly many other possibilities for different nutcrackers that could be produced, including a prince with a sceptre, a soldier with his sword drawn, or simply a king with no implements.

If you like this project, you might also like some of my other projects, including:
F/V Andrea Gail
UCS Double-Ended Ferry
New England Fishing Village
Busy Micro Seaport
Apollo-Soyuz Mission
Superheavy Multi-Axle Transport Rig