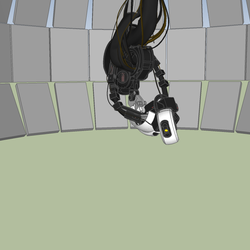 This is just a random idea that I came up with. It is a S-Class Transport/Attack Ship, with two front mounted cannons, a back cargo bay, and two impulse thrusters. This set has four minifigures: the Pilot, two Light Infantry soldiers, and a medical staff.

This would be a good addition to anyone's collection of futuristic LEGO military vehicles, with a large glassed in cockpit, and a sleek silver design worthy of a James Bond movie. The S-Class Transport/Attack Ship is the Armored Personnel Carrier of tomorrow!