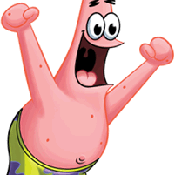 The circus has come to LEGO Ideas! Step right up for circus-y fun with Pingu, Robby, and Pinga!

Step right up, and see Pingu's Amazing Arctic Circus! Watch as The Amazing Pinga juggles the balls right before your eyes! See Robby do tremendous tricks! And watch as Pingu, the ringmaster, and Pinga jump on the seesaw! You don't want to miss the most spectacular circus EVER!

Includes 7 (4 if you don't count the blue variants) Minifigures with their own accessories: Pingu with his megaphone, drum, and dumbbell, Pinga with her juggling balls, horn and stick, Robby with his ball, and accordion, and Punki.

The blue variant characters are: Blue Pingu, Blue Robby, and Blue Pinga. The characters got blue from a pool of blue paint (pool not included).

Yeah, I got pretty tired of showing the entire list of Pingu projects. There's starting to be a lot by now!