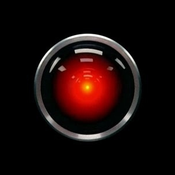 At First !
Thanks For Visiting My Project !
Thanks for the 80 Supporters now we have just 9920 to make a real set form the Microhammer 20.000 ! (I change the supporters number at every tent supporter... )
If you have an idea or question about the game please leave a comment ! 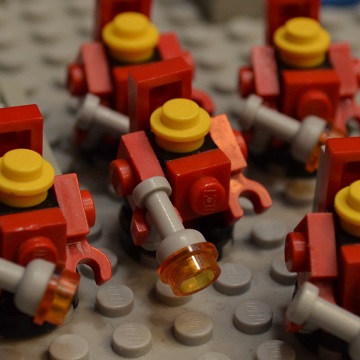 I have seen not a Long time ago the Warhammer 40k Boardgames, and I noticed, they are very great, but, they are very expensive, and need very much time too make each figure . So i decided to make it form LEGO !

And this is game is the result ! 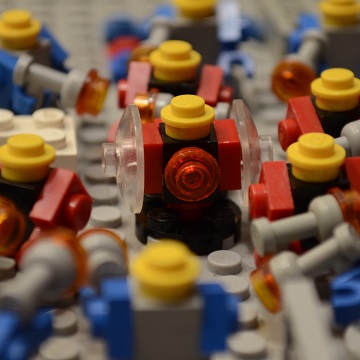 The figures can use 12 unique vehicle too transport them on the Battlefield !
These are in 2 types Land&Air. One can transform form land to air, and back !

And 5 Types of Charter Weapons !
And 3 types of Defending weapons !

You can make your Solider even powerful adding him extra speed, or extra armor !

The Battlefield itself it's the 628 X-Large Gray Baseplate, but you can play the game in every flat surface for example : In your table, or in a carpet (If you can find the pieces after the game :) )

At first in the Cuusoo set will be :
-The Game board
-30 Battlefield Brick
-The Rules of the Game
-10-10 Figure form each type
-3 Game Goal
-Distance, and Range Meters
-2-2 Vehicles
-4 Unique figure

In the battlefield are 30 Bricks :
x5 Brick
x20 Plate
x5Laser 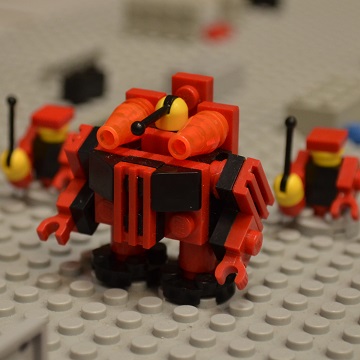 And this not all of them !

There are 25 Different Figures in my game, and each have different ability .
And the 25 Figure are just the normal warriors ! There are 12 Special Warrior , who have Unique Powers in the game !
Here can you see them:
http://www.flickr.com/photos/dj-ocsike/sets/72157633971714560/

The game is pretty easy , each round you can move witch all your units, and when the enemy are enough close you can attack them . Who can destroy, the enemy army they win !
For the Fair game you must use the distance, and the Range meter, too measure the distance what the figure walks, and how far they fires !


If the Cuusoo set will be a success here is the ideas for the set's of the theme of Microhammer 20.000

In the Starter Set you will find :
-3 Red Solider
-1 Red Capitan
-1 Red Flamethrower
-3 Blue Solider
-1 Blue Capitan
-1 Blue Flamethrower
And The Distance, and Range Meters too + an orange 2x2 Brick to determine who will starting the game .

The Advanced figures will come in Blind Bags like in the Minifigures Series !
(The Half of the Box are Red , the other side will by Blue, but each will contain the same figures of the other side . )
Each bag will contain :
-1 Microhammer 20.00 Figure
-3 Battle Cards ( These cards can be used during the combat, and giving extra powers, or effects to the charter )
-1 List of the figures 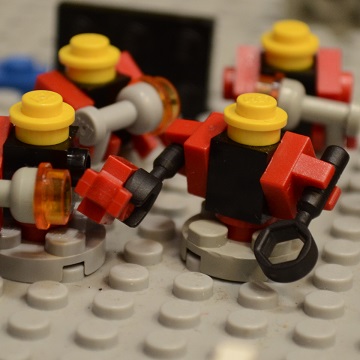 (The Medic)
There are a new type of the figures, the Warriork's ! (They base are Dark Grey, Their Armor are Yellow, and the heads are Light Green !)
Try to make some figures in this color scheme if you don't have pieces, for the others !

Currently you can play the game in 6 Different mode including the Classic Gameplay !
(Capture the Flag ; Alien Invasion [ witch Alien figures ] , Crystal frenzy .... and 2 more ! )

The game mods will be able as set's, but each will contain :
-Accessories to the Game-play
-1 Unique Figure (There are 6 of these, and each have their own special power's , what are unique in the battlefield, but they can summoned by giving extra credits into the game )
-2 Vehicle
-2 Normal Figure

These Figures can make pretty easy to build, they don't have difficult technic , so everybody, who want too make them, can build his own army !