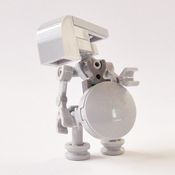 By sepsymp
7 comments
'even-the-odds' in your Clone Wars battles with a Separatist Droid Battle-Pack Set featuring over 300 bricks to build:

this set could be adapted to any 'conflict' scenario by simply changing the minifigs - you want Kashyyyk? exchange the existing minifigs for 2 x Wookiees / 2 x Kashyyyk Clone Troopers and so on . . . 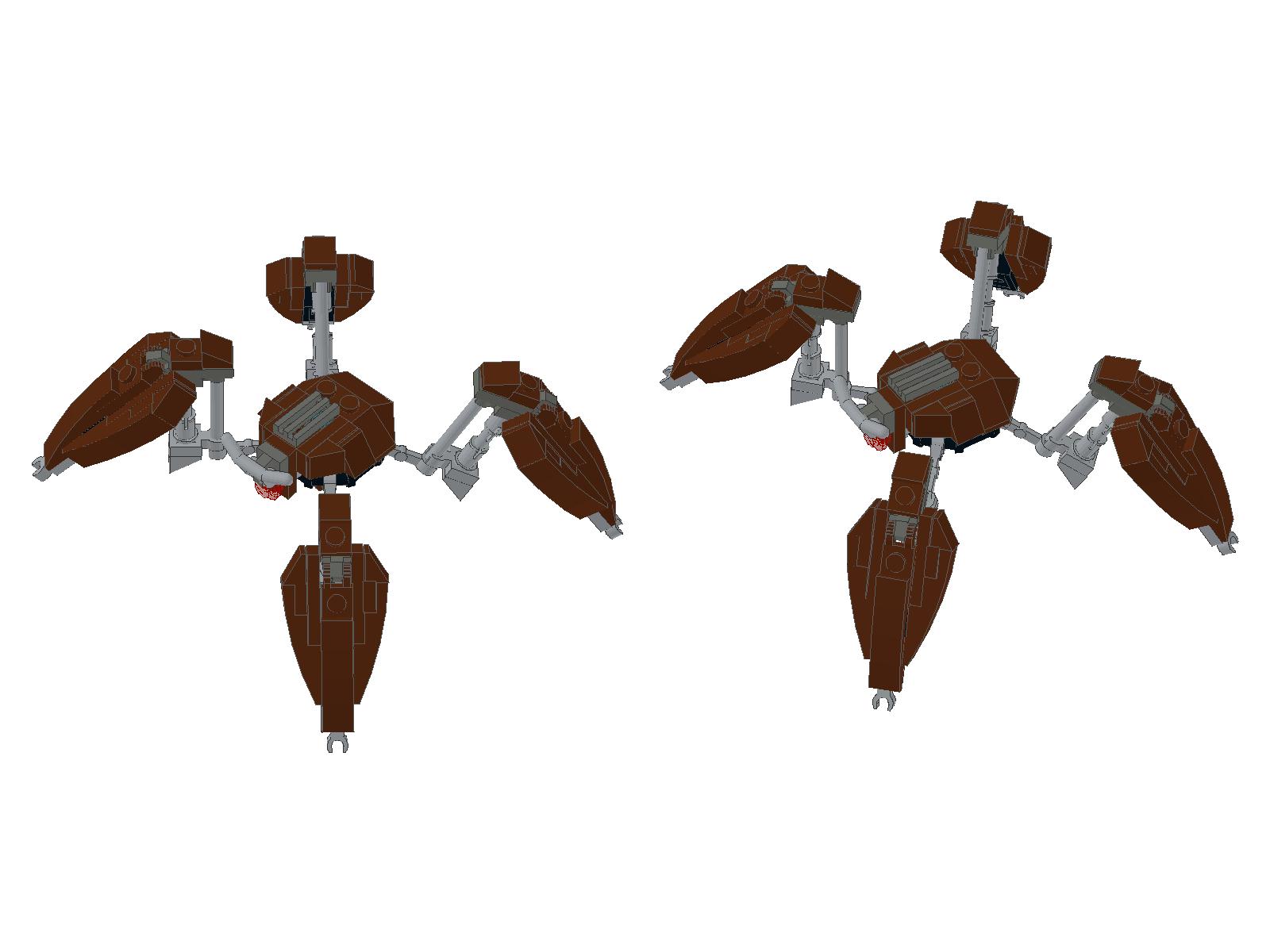 . . . the NEW new version of the Crab Droid to be included in this set is the 4 legged model seen during the Clone Wars on Rodia, the battle of Malastare and guarding the 'Citadel' on Lola Sayu. it has 3 movable joints in each of the 4 legs, carries 2 Cannon on its underside & has a hinged carapace that opens to reveal the droid's 'engine'.

. . . this NEW design for the Dwarf Spider Droid features recessed 'eyes' (+ a tiny extra pair in the centre) and redesigned, more accurate legs. shown here are 2 different variants . . . on the left is the 'classic' Geonosis/Clone Wars version in Reddish Brown. on the right is the amphibious Kashyyyk version - with a longer, more powerful Cannon - in Sand Blue. 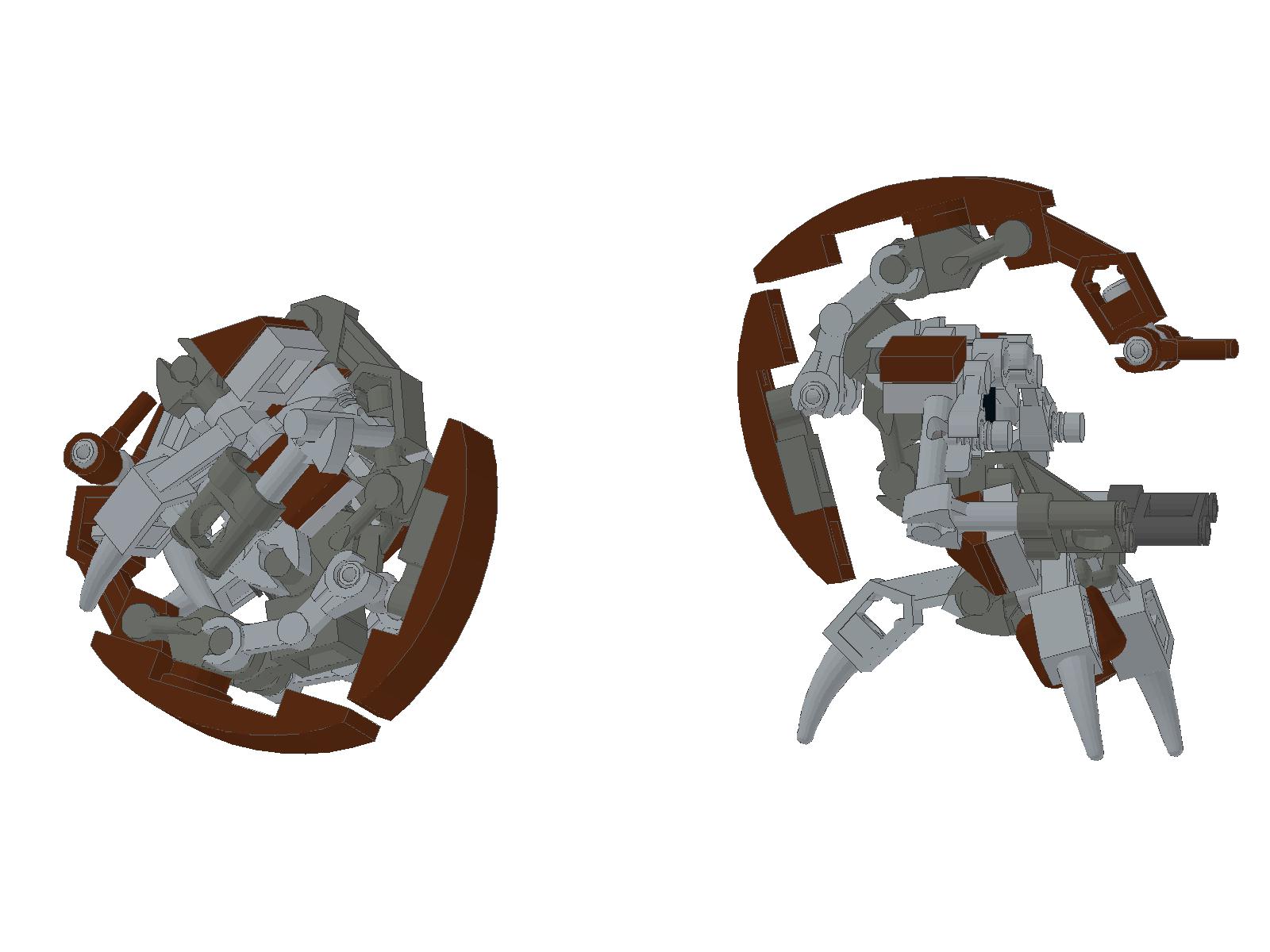 . . . a NEW design of the Q-series Droideka Destroyer Droid, which has numerous movable joints and can also be transformed, with one or two twists,folds and turns into a 'rolling' Droideka' - just like the 'real thing'. 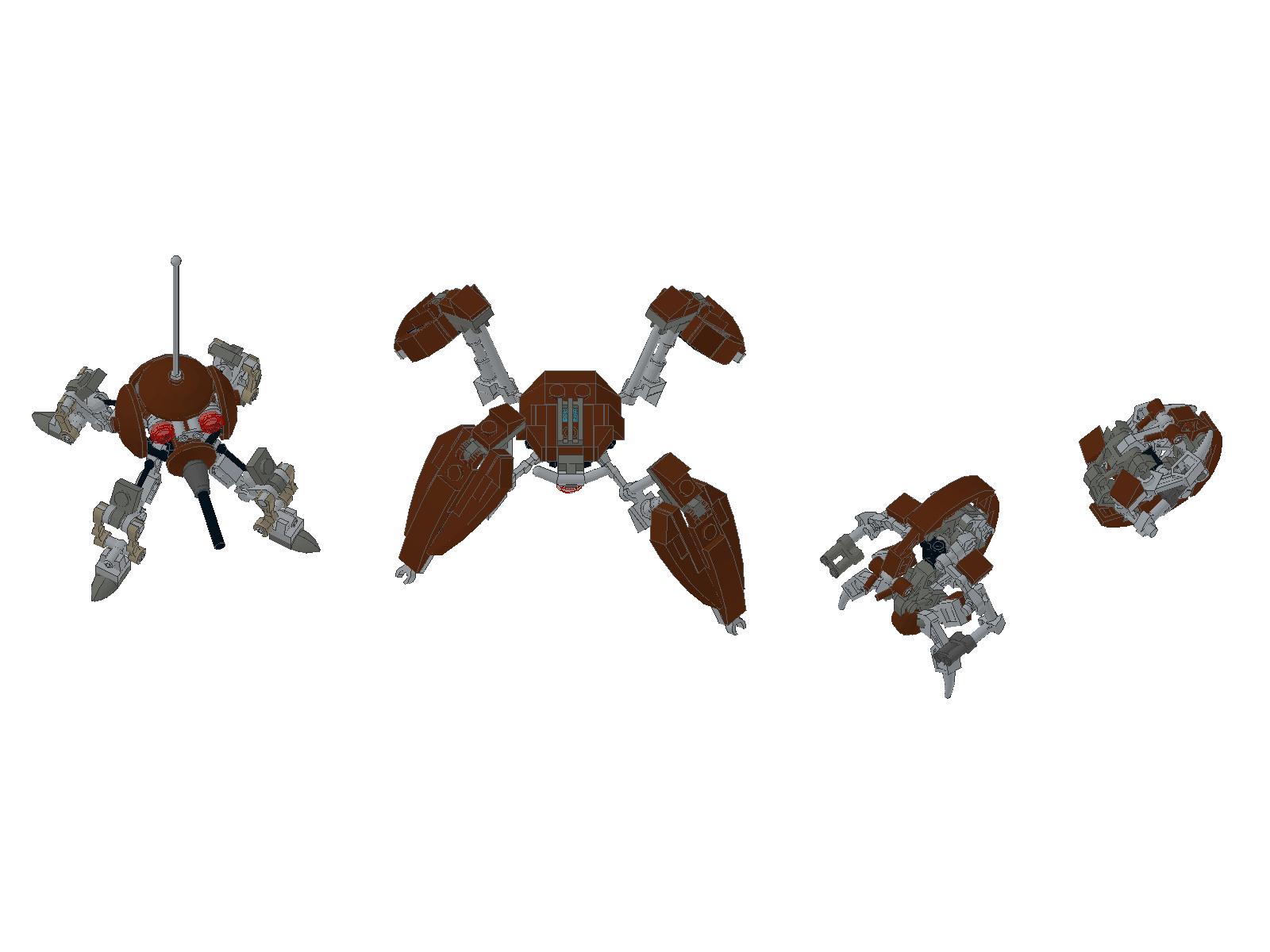