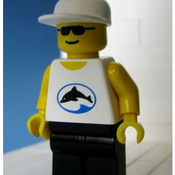 By danimations
4 comments
Cuttlefish are among the most alien to us of all of Earth's creatures. Often referred to as 'chameleons of the sea', these curious molluscs possess remarkable colour and shape-changing abilities. In the blink of an eye, the cuttlefish can mimic the colours, textures and patterns of its surroundings- a wonderful talent for such a stealthy underwater hunter! They also use their shape and colour to communicate with one another, and come mating season, the animals scroll striped patterns along their skin in mesmerising displays! Cuttlefish are of the cephalopod family, which they share with squid, octopus and nautilus.

Sepia apama is the largest of all of the cuttlefish species, and the annual mass breeding aggregation at Point Lowly, near Whyalla, South Australia has made this an iconic species. Unfortunately, the reef upn which this incredible phenomenon occurs is adjacent to land marked for heavy industrial development. Proposed projects include a new port, a desalination plant, an explosives factory, diesel storage and more. We made this LEGO model to draw attention to the plight of the Giant Australian Cuttlefish of Upper Spencer Gulf, whose very existance is threatened by ignorant politicians and business people who put economics before society and the environment.

You can help us save these amazing animals by voting for our design, and helping the Giant Australian Cuttlefish achieve the international notoriety they so deserve! You can find out more about our efforts to save them at Cuttlefish Country 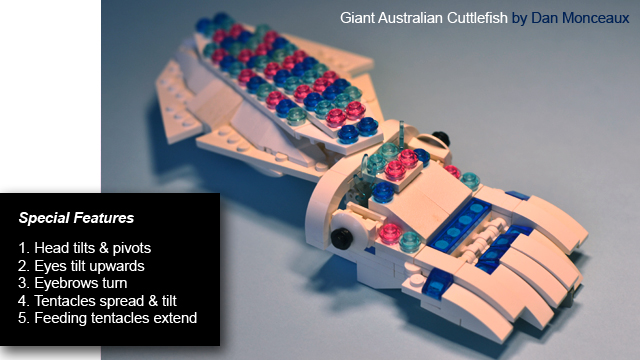 This model is highly poseable, with many special features built into the design. Each movement is based on the actual movement of the Giant Australian Cuttlefish, Sepia apama.

*The feeding tentacles consist of a grab jaw and extension arm (seen in top image, grabbing the baby crab) which can be retracted and concealed beneath the animal's outer tentacles.

This model will be animated in the feature documentary film Cuttlefish Country to be released in 2012. If I receive enough requests, I will make a Youtube video demonstrating the various movements this model is capable of.

Thanks for your interest and support.. if you like what you see, be sure to vote for this design and share it on your social networking sites. 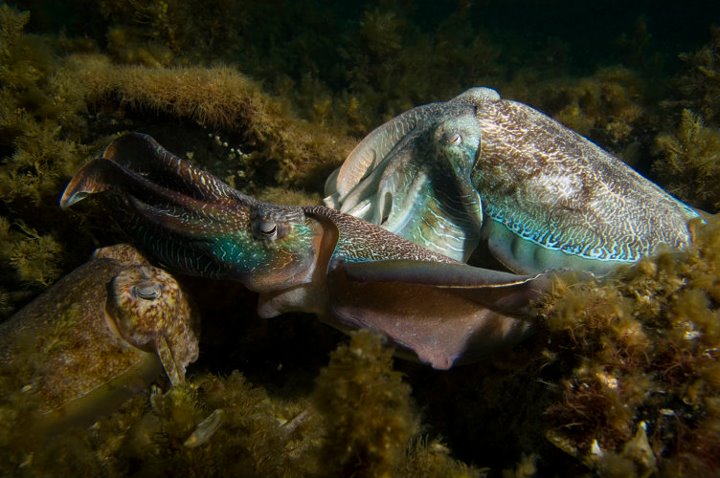 Three Giant Australian Cuttlefish, wild in the waters off Point Lowly in South Australia. Photographed by Silke Stuckenbrock in 2009, all rights reserved.