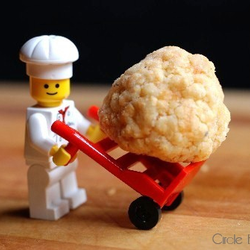 Hello fellow space fanatics! This is the detailed accurate replica (note, not to scale) of the Rosetta satellite and the Philae lander.This project is dedicated to the successful landing of the Philae lander on the 12th of November, 2014. Although rocket boosters and other instruments designed to keep the lander from crashing into the surface of the comet did not function properly, the lander made a successful landing on the surface before coming to a stop, ready to analyze comet 67p. (churyumov-gerasimenko) The mission was designed by the ESA (European Space Agency) and was brought into reality because most comets date back from the Big Bang and could explain how water got on Earth in the first place. This mission could in the process, help us understand the origins of our universe.

Rosetta and Philae launched from the Earth on March 2nd,  2004 from Kourou ELA-3 on its planned (and accurate) 10 years, 9 months and 6 day flight in space on its way to Comet 67p. In June of 2011, Rosetta was put into a hibernation mode, drifting in space to the comet and was woken up on the 20th of January, 2014. The craft used the gravity of planets to slingshot its way through space to intercept the path of the comet on the 6th of August, 2014. After this was done, Philae departed from Rosetta and made its drop at about 2 mph towards the frozen terrain of the comet on the 12th of November, 2014.

After landing on the comet, the lander bounced twice on the surface before coming to a stop. But not properly. Philae had landed on a slant making it difficult for the craft to be charged by the sun’s rays. Despite this mishap, the lander was luckily able to get 98% of the data it needed, but after three days on the comet, it ran out of power on the 15th of November, 2014. In the future, the comet will pass by the sun. When this happens, the suns rays will hopefully bring the craft back from the dead, but for now, all we can do is wait.

Philae is designed to be able to have the lander tripod easily detached from itself so that Philae can be easily put on Rosetta held on by four studs. In the bottom left corner, you will see the surface/base of comet 67p and then also a small model of the comet. Both Solar Panels on Rosetta are rotatable so your craft can be properly powered by the suns rays. In model, all solar panel looks are decals to put on the both Rosetta and Philae and also decals on the comet 67p stand. Comet on stand is rotatable to get a good view of it. The piece count entirely is: 874

Link to more pictures of the model: http://legoesapics.webs.com/

Link to the story of Rosetta and Philae in video:

To find out more about Rosetta and Philae go to;

Future updates may include a video of the set that will be showing live demonstrations of the project and how it works.

Thank you for supporting this project and hope that your own projects make it to 10,000 supporters! Have fun building!