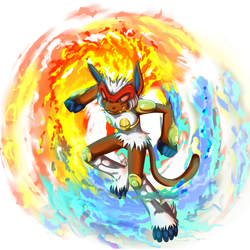 Natsu and Erigor battle for the lullaby flute, a magic item that can kill multiple people at a time. Will Natsu defeat Erigor before it's too late? Includes Natsu and Erigor (Wind Form). Base Plate not included. This set has 39 pieces. This set is based on Natsu's first fight with Erigor. This would fit into Lego great with the fantasy like world of fairy tail.