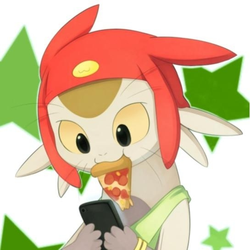 The Island of Mata Nui calls upon a new hero...

Tahu is the Toa of fire, and one of the 6 Toa from the original Bionicle line. Tahu was first introduced as the leader of the Toa Mata in the first Bionicle line, and has made a myriad of appearances in later lines. This figure celebrates the legacy of the character, and the legacy of the legendary Lego play theme this character is associated with, Bionicle. Click here for more information about Toa Tahu

This creation is designed to resemble how Toa Tahu originally appeared as a toy in the 2001 Bionicle line. It is composed of 225 pieces, and model stands at roughly 11 inches (27.5 cm) tall. Included as an accessory is Tahu's flame sword, which he can hold in his hand. The figure contains a total of 26 points of articulation, including 5 per hand, with separately poseable fingers.The design is modestly sturdy and right now the figure can hold its own weight without needing a support, though if this idea is produced a stand might be necessary just to help the figure keep stable in the long run.

What to do now:

If you like this model, make sure to support it!  If you know anyone else who might be interested in getting this project, including friends, family members, and even fellow bionicle fans. Spreading the word can help other people to come across this idea, so that hopefully they can chose support it if they want one, too. Every support is one step closer on the 10,000 step journey to getting this model reviewed for production, so make sure to support this project if you want a poseable Toa Tahu figure of your very own!

And always remember to abide by the Three Virtues: