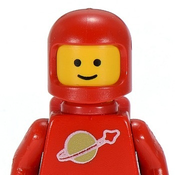 The John Deere 720 is a rowcrop tractor. A row-crop tractor is tailored specifically to the growing of crops grown in rows, as in truck farming, and most especially to cultivating. Cultivating can take place anytime from soon after the crop plants have sprouted until soon before they are harvested. Several rounds of cultivating may be done over the season. A row-crop tractor essentially brings together a farm tractor and its cultivator into one machine, in the same way motive power has been combined into other machinery (for example, horseless carriages combined the motive power into transport vehicles; self-propelled guns combined the artillery tractor and its gun into one machine).

John Deere, is an American corporation based in Moline, Illinois, and one of the largest manufacturers of agricultural machinery in the world. The company's slogan is "Nothing Runs Like a Deere" and has a picture of a leaping deer as a logo.

Check out my other John Deere projects!