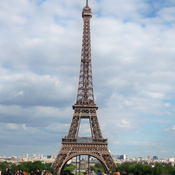 The Ranger's Apprentice Will needs your help!  Alyss has been captured and Sir Keren is taking over Castle Macindaw.  Have Will and Horace push the "overturned cart" into position and  wait for the Night Warrior projection to appear.  Grab the scaling ladder and charge into the ramparts while Trobar, Gundar Hardstriker and Nils Ropehander distract John Buttle and the rest of the defenders.  Then race up the spiral staircase and stop Sir Keren from hurting Alyss.

This climactic scene from "The Ranger's Apprentice:  Siege of Macindaw" is one of the most action-packed moments in the book.  You can recreate it with the Castle Macindaw set.  This set comes with:

A projection of the Night Warrior

A bit of Grimsedell Woods

This is A massive set, containing just over 1,500 pieces, making it the largest Lego castle set ever!  This will appeal to all who have read the books.  Some features include: a catapult, a jail cell, a dining hall, Lady Gwendolyn's room, Lord Orman's office, stables, an armory, a drawbridge, Alyss' prison, and much more!

Please note that the good guys are trying to retake the castle, so they are the invaders.

and the bad guys:

This set would have lots of playable features, making it a very fun set to have.

Please support and leave a comment telling me what other Ranger's Apprentice sets to make.

Also, please tell me how to upload a video so I can show you the entire castle.