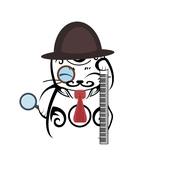 Hatsune Miku is a humanoid voice singer. Developed by Crypton Future Media and Yamaha. She is very famous in the electronic music community and has many fans.

Now about the model:

This model of Miku has 1192 pieces in total

Miku’s entire body can imitate all kinds of human movements, and her big twin tails are also moveable in any direction. There are four big joints build inside her body that cannot be seen from outside, other smaller joints can be seen in photos.

Miku’s microphone is mostly made from titanium colored pieces, I think it’s really detailed.  The microphone stand can move too.

That platform Miku is standing on has a top transparent layer. Through the layer you can see Miku Hatsune’s name built in Japanese: (Miku’s logo)

I think my Miku model will do a great job at representing of Japan modern music culture in LEGO.

Please share your opinion by commenting, and have a nice day