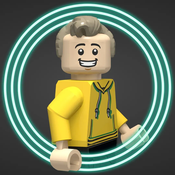 “The Thing About Trains... It Doesn't Matter Where They're Going. What Matters Is Deciding To Get On”
﻿﻿﻿﻿﻿﻿﻿﻿
Back in the days we all used to hear the bell… The most important thing is to not lose the inner child in you. Ask yourself if you can still hear it. And whatever the answer is - “All aboard!”
The Polar Express
In 2004-th a genius of cinematography Robert Zemeckis gave the world a real Christmas miracle that we all know and love as The Polar Express. Based on 1985 children book written by Chris Van Allsburg The Polar Express has become the first ever film made entirely with motion-capture animation and Tom Hanks gave his voice and facial expressions to 6 characters in total! The movie has a bunch of records and “the most” titles but the real reason we love it for is it’s unique spirit, plot and atmosphere of a real miracle that is just about to happen! Besides, who doesn’t love the trains? 😊
The Idea
The idea of creating an ultimate Christmas train dates back to 2016-th. At that time, I just started my Lego journey and in that regards I had nothing except of Santa’s Workshop set, love to Christmas and everything around this holiday. Being inspired with the above mentioned set I was enthused by the idea of having a Lego train going around our Christmas tree. The Polar Express has been on our “to watch during the holidays” list for many years, so I knew for sure that this is the only train we need. After a quick web search I haven’t found a Lego set but I have found something more valuable – the Lego Ideas website! Long story short – I was hooked, and I owe the Polar Express that I’m an AFOL, as since that very moment there wasn’t a day that I didn’t visit the website.
Obviously at that time I didn’t have enough skills to create something as big and complex as a train model. Thanks to Lego Ideas – I’ve started to practice with smaller models, took part in contests, activities etc. and little by little started to work on my dream train. Of course, there were numerous breaks, fails, other projects etc. but I never left the idea of creating my “ultimate Christmas train”. Well… looks like we might be on time for the 20-th movie anniversary in 2024-th!
About the build
"Hey! Hey, you! Yeah, you! Do you know what kind of train this is?
Actually, it's a Baldwin 2-8-4 S3-class Berkshire type steam locomotive built in 1931 at the Baldwin Locomotive Works. It weighs 456,100 pounds and has a tractive force of 3,450 pounds."
Pere Marquette 1225 is a reference for both the book and the film.
*The model you see on renders and video has around 2800 pieces but can be easily scaled down to 2000 or even less by using existing train platforms (6 studs wide cars with 5 windows and 1 row of seats, will be posted shortly in updates).
*The model uses new powered up system (L-motor fits well), including steam locomotive lights
*The model is built with real bricks and turns fine
*Proportions of the train are thoroughly adjusted in accordance to the reference train
*A roof and one of the side walls of each car can be easily taken off to reveal a detailed interior
Extra:
-         a motorized Hobo is skiing on a rooftop just like in that most exciting scene of the film
-         the lost ticket shots out a ventilation grill operated by a lever on a car’s wall
8 minifigures and a reindeer 😊
- The conductor
- Hero Boy
- Hobo
- Hero Girl
- Know-It-All kid
- Billy
- Smokey
- Steamer
Easter Egg hunt
Do you like to search for Easter Eggs? Then leave a comment if you found any 😉
"Seeing is believing, but, sometimes, the most real things in the world are the things we can't see."
Other projects to support:
Chip n' Dale: Rescue Rangers - https://ideas.lego.com/projects/c5e0de2d-6837-46fd-82ee-16a1a0d56bc2