By MechDuck7
13 comments
With hints of a minifig scale Minecraft in the works, one day we are going to need a king (or Queen, I've always seen the Ender Dragon as a female) to challenge, a beast to slay, a monster to banish back into darkness and thus: The Ender Dragon Rises!!! This model features the classic block build style with some extra curves thrown in for pzazz. The jaws, neck, wings, limbs and tail are all poseable and sturdy enough to let you fly him/her around the room for hours until he gets hungry for crunchy diamond armor. As the true final boss of your Minecraft world, there truly is no greater challenge than facing him in a tussle to the death! Let's get him(or her) on the shelf!!!

I used to have a small diorama of The End (the dragon's home realm for those...unaware) to serve as a display stand. Key ingredients of a future stand would include: 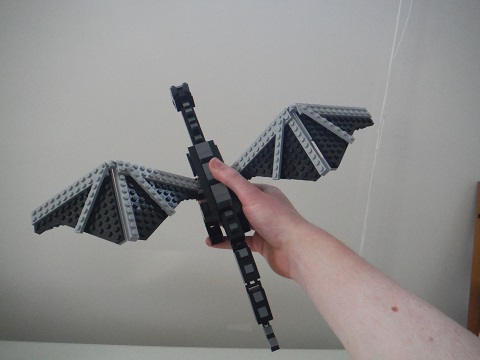 newly redesigned wings for more accuracy. i now like to think they're even better than my UCS Ender Dragon. 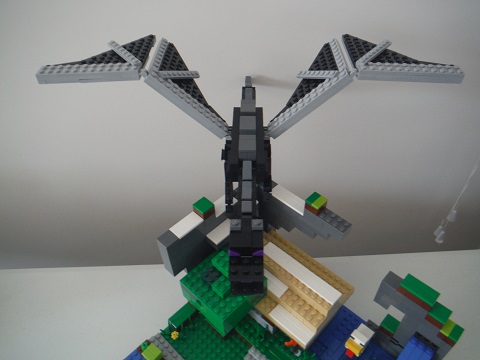 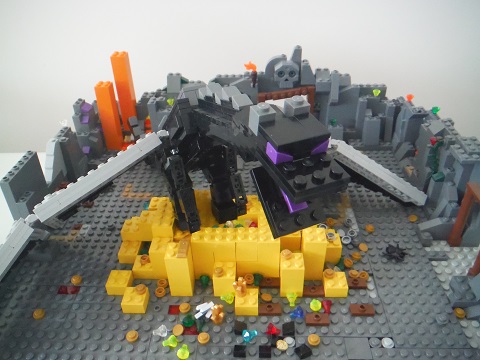 Another shot on her Hobbit-inspired nest of loot.

P.S: kinda saddened now that LEGO has revealed their own Ender Dragon set. Thanks to everyone of you for making her my most supported project!! :(