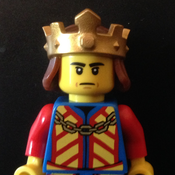 This is a faithful graphic representation of the Arecibo message, which was broadcast into space a single time via frequency modulated radio waves at a ceremony to mark the remodeling of the Arecibo radio telescope in Puerto Rico on 16 November 1974. The message was aimed at the current location of globular star cluster M13 some 25,000 light years away because M13 was a large and close collection of stars that was available in the sky at the time and place of the ceremony and its purpose is to communicate with possible extraterrestrial life forms. The message consists of seven parts that encode the following (from the top down):

1.The numbers one (1) to ten (10) (white)
2.The atomic numbers of the elements hydrogen, carbon, nitrogen, oxygen, and phosphorus, which make up deoxyribonucleic acid (DNA) (purple)
3.The formulas for the sugars and bases in the nucleotides of DNA (green)
4.The number of nucleotides in DNA, and a graphic of the double helix structure of DNA (white & blue)
5.A graphic figure of a human, the dimension (physical height) of an average man, and the human population of Earth (red, blue/white, & white respectively)
6.A graphic of the Solar System indicating which of the planets the message is coming from (yellow)
7.A graphic of the Arecibo radio telescope and the dimension (the physical diameter) of the transmitting antenna dish (purple, white, & blue).

This project is a must for any Lego collector interested in astronomy, science and sci-fi. It could be easily hung on a wall and make a great impression. Please, support and follow my project, if you like my idea. Thank you!