By SenatorBlutarsky
52 comments
This project is a 1:65 scale model of the search-and-rescue variant of the legendary C-130 Hercules aircraft. The C-130 is one of the most versatile and most easily recognizable aircraft ever produced. During the almost 60 years of its production run, it has been manufactured in numerous variants, and has served in countless roles, including military and civilian airlift, surveillance, airborne command and control, gunship, weather reconnaissance, aerial refueling, aerial firefighting, and search and rescue. There is even a ski-equipped version of the Hercules, for operations in arctic conditions.

The particular version of the Hercules represented in this project is a US Coast Guard HC-130, which is an extended range maritime search-and-rescue variant. The Coast Guard operates these aircraft from a number of strategically placed air stations in the United States, including, most notably, the one at Kodiak, Alaska.

The Coast Guard version of the HC-130 has several modifications that aid in search and rescue operations, including a pair of large windows below the cockpit to allow the crew to visually scan the sea surface and a 360-degree surface search radar. It is operated by a crew of 7, who perform functions such as dropping life rafts or spraying dispersant to help control oil spills.

The dimensions of the model are approximately 58 studs long (46.4 cm. / 18.3 in.) and 79 studs wide (63.2 cm. / 24.9 in.) -- roughly equivalent in size to the Buffalo Airways / Ice Pilots DC-3 (which you should definitely support if you have any interest in aircraft, and if you're looking at this project proposal, the odds are that you do). I have chosen to construct some of the iconic Coast Guard markings (such as the diagonal stripe on the front of the fuselage) from bricks, rather than using stickers, since it is my personal preference to do it that way, but a productized version of this idea could definitely use stickers instead. If the LEGO production staff were to go in that direction, the part count could be lowered slightly and it would be possible to represent the markings with more detail. 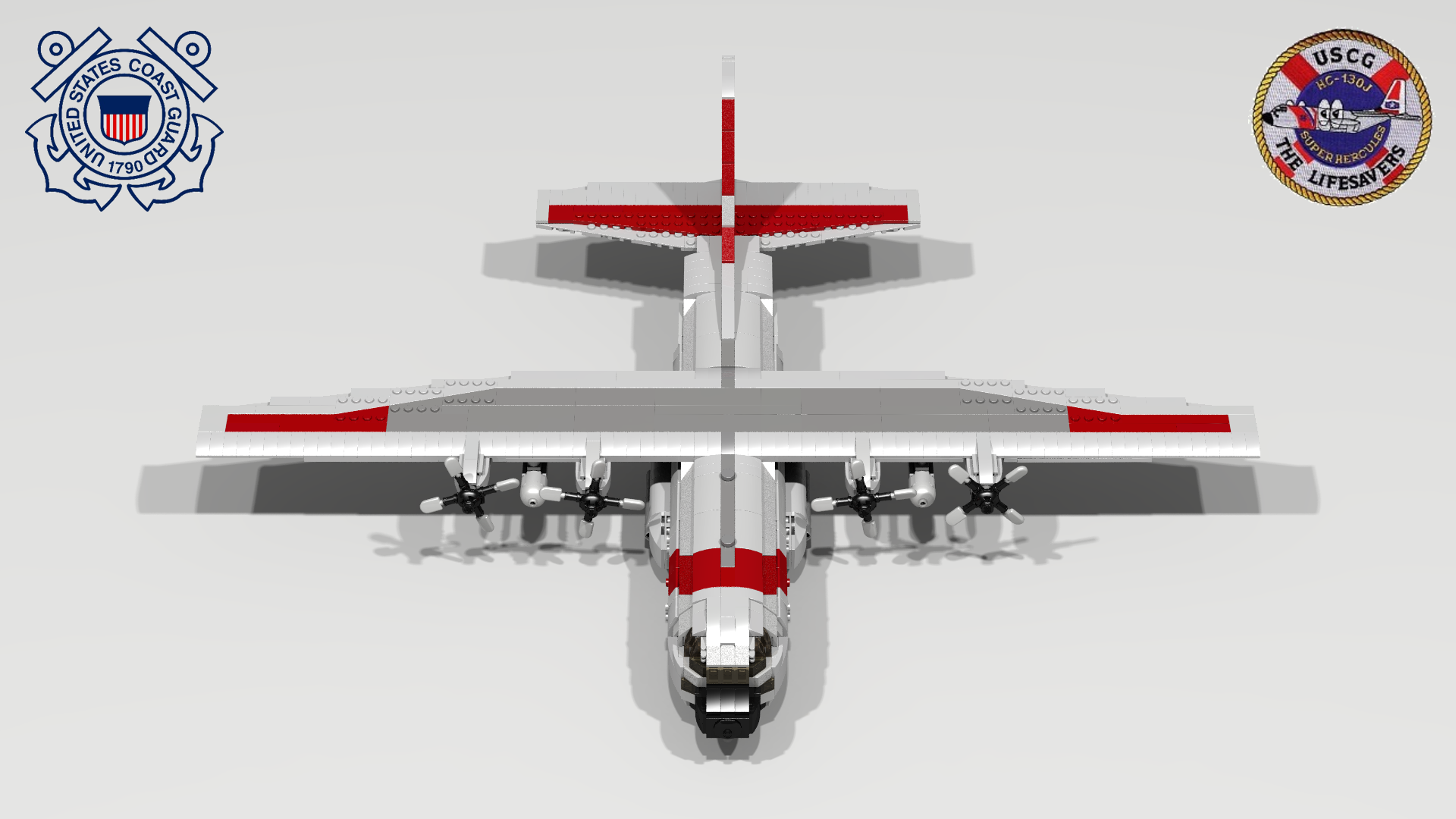 The next picture shows the HC-130 from the rear. As can be seen, the model has functional cargo bay doors, which work in a manner very similar to the way the real ones do. The cargo door is split into upper and lower halves, with the lower half opening downward to form the ramp, while the upper half opens upward until it is almost flush with the top of the fuselage. This detail isn't always represented correctly in models of this aircraft. 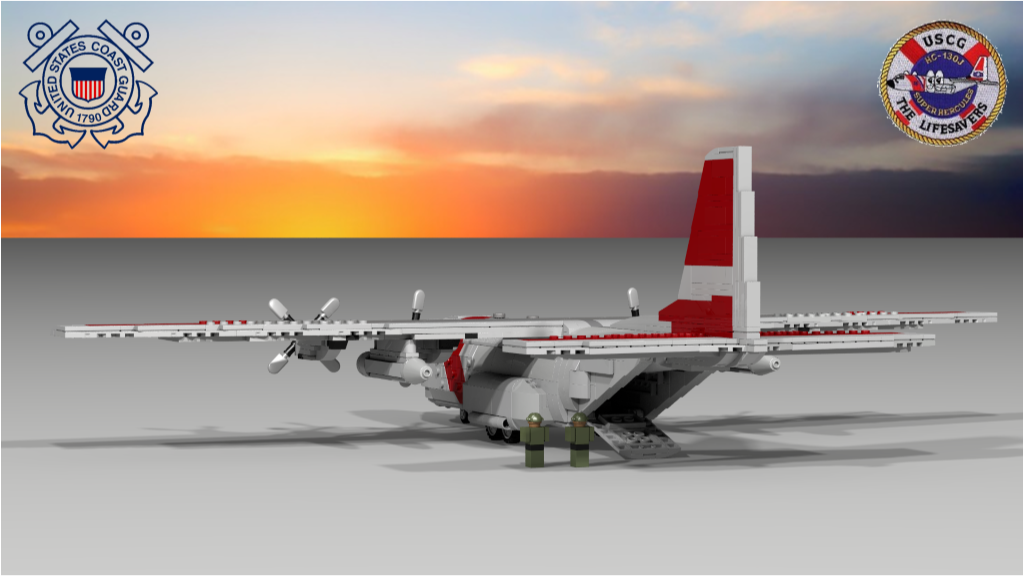 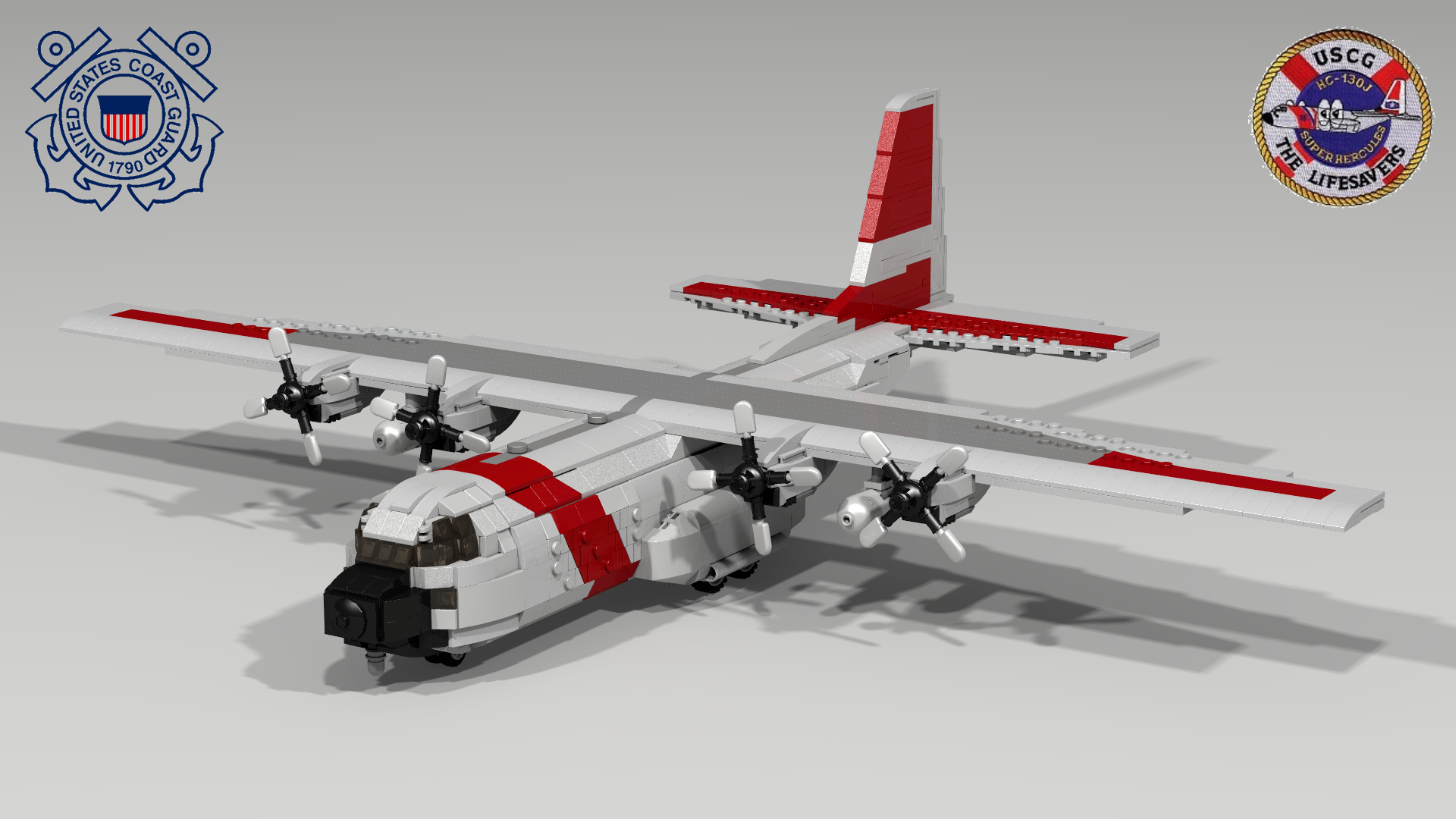 In the final picture, we see an HC-130 making a low pass over the US Coast Guard Cutter Reliance (the cutter is not part of this project, but it makes for a good scene). 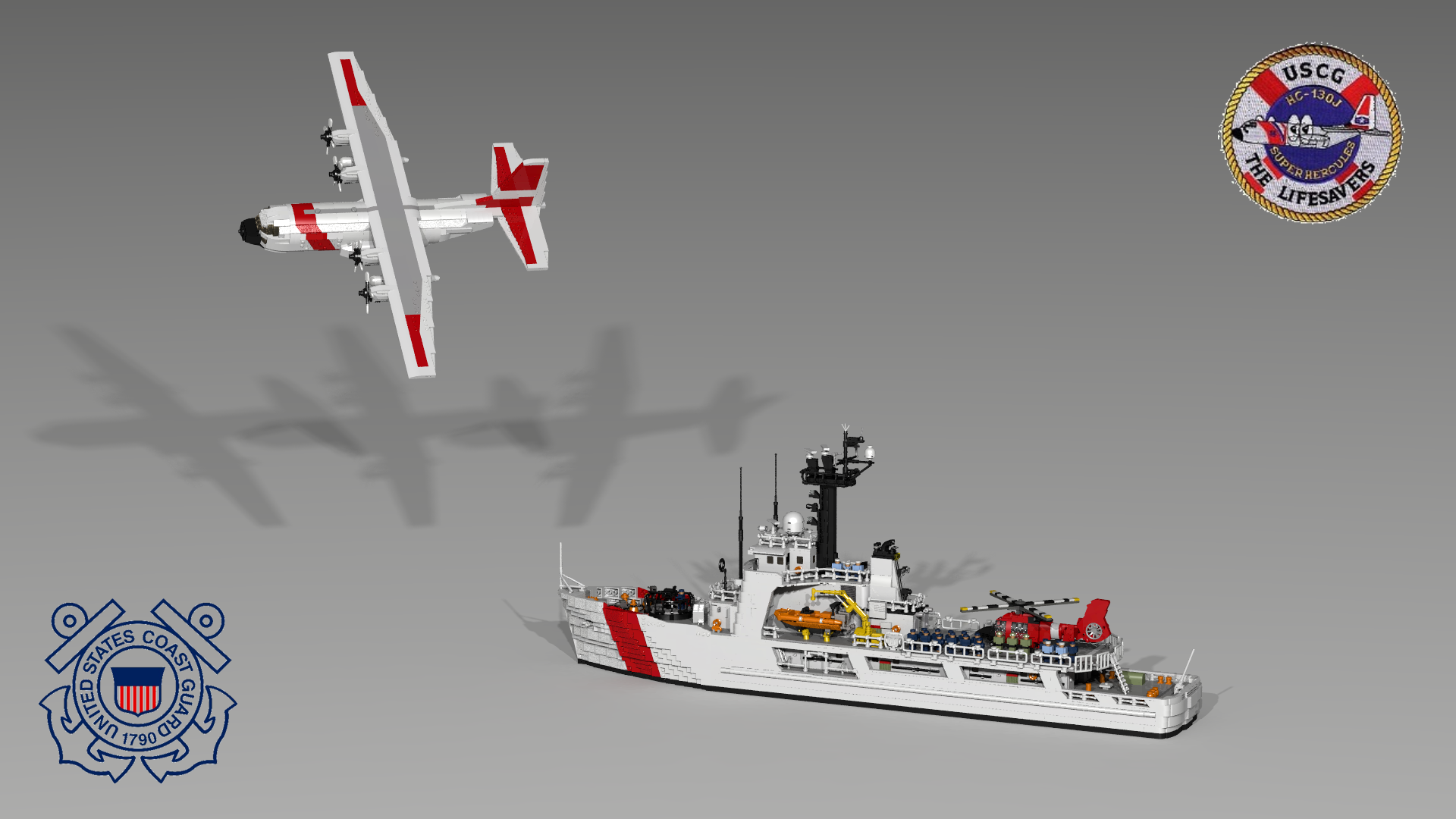 Additional, high-resolution pictures of this model can be found on Flickr and MOCpages.

If you like this project, you might also like some of my other projects, including:
* Mini Heavy Haulers
* Superheavy Multi-Axle Transport Rig
* UCS Double-Ended Ferry
* F/V Andrea Gail
* New England Fishing Village
* Busy Micro Seaport
* Apollo-Soyuz Mission
* Nutcrcker Figurines