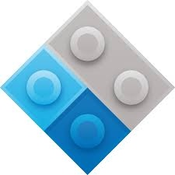 I think and realized the Falco because i am a fan of setting in steampunk style, in fact, in my imagination the Falco is an Aircraft that was built in a log time ago in which the electronics not exist but the knowledge of mechenics and metallurgy are very evolved. Great and visionary minds of mechanics with the collaboration of exper manufactory "old style" achieve highly efficient Flying machines.

In my imagination the mai features of the Aircraft are:

​I hope it can became a Lego Set because steampunk style is a kind not yet used in an official set, and there are many passionate of this kind.

From the feasibility point of view the set includes a limited number of parts so the cost would be lower.

The set not only beautiful to look at is also playable.

Constructively is an incentive for fans, because the tube elemnts have been used in ana alternative way.

I hope you like this project and can support me.  I still have a lot of ideas to share with you!