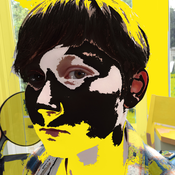 Names: The red one is Ogelmo, the yellow one is Jib Jab, the grey one is Jong and the beige and brown one is Sarry.

Lego is an amazing toy you can let your imagination run free. Feel free to put your recommendations on how to make it better. Lego was one of my first toys to play with and I've aways dreamed of making my own set, so here is my model hope you like it. If this becomes a set i will hopefully carry on making Lego ideas projects.

The first monster out of the four i made was Ogelmo he was quite challenging because of his massive head but I'm happy with the finished product; the second one i did was Jib Jab he was very fun to build because there were so many options i had using the mixel pieces to make him look hilarious; the third one was Sarry, too make Sarry i used the head of an old model i had in my room i modified it quite a lot though, but its still reaconisable i based him on a goat and a tortoise to make him how he is. The last one was Jong, i had a laugh making him, he's mixed between a dog, mouse and a rabbit. Hope you like this project, support this if you like it. Thank you!