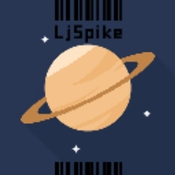 Light Trail is a small, very portable (short) strategy game I came up with, inspired by the Tron Light Cycles and similar things. A board is made up, with 2 exits/entries. Each player puts their character onto one of these points, and they each take in turns to move a stud, until either of the following conditions is met:

Now, currently its a fairly simple maze game, but you may be wondering how a player is boxed in. Every time they move, they leave behind a trail of light which can reach up to 5 studs long (of course, till they've moved 5 times, it won't be at its full length). A player cannot cross their own, or their opponents trail, and each turn they must move a stud in the maze, till the end of the game.

Its a very small game of 16x18 studs (The maze itself is 16x16 studs, but 2 parts 'stick out' a stud on either end, which allow the characters and trails to be stored). Excluding the characters and trails, the game is the height of 1 brick, and 2 thin bricks. Its maximum height is 2 bricks and 1 thin brick, midgame or when the players are at their starting positions. I may also make an enlarged version with a larger maze, so be sure to check out if I do!

Be sure to check out my first project, Battleships! at: ideas.lego.com/projects/140360

I'll be releasing more projects as well, at: ideas.lego.com/profile/-LjSpike-/projects