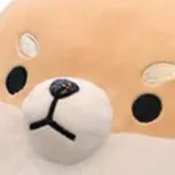 By Charz Boi
17 comments
Gorillaz is a virtual rock/hip hop band based out of London, England. They published their first album in 2001 and ever since have made hits after hits.
This ideas project was started in hopes of commemorating the 20th anniversary of the first album's release, but due to outside circumstances, the project was postponed and put off until now.
With this project, you could own two 16x17 dioramas based off two of Gorillaz's most iconic songs, those being a microscale Feel Good Inc tower, from the music video of the same name, and a minifigure scale version of the group's iconic Geep, specifically based off of the 19-2000 music video, and that's not all! The project also includes the entire band in their outfits from the 19-2000 music video to fill up the Geep, and just in case you don't want them in it, the project also includes a stand with spots for all of the band, with their logo in the center!