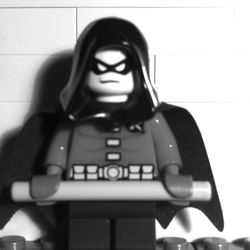 By brickcluster
2 comments
This is my first lego CUUSOO project. Based on the recent lego game batman 2, this modular building includes many elements within the game. 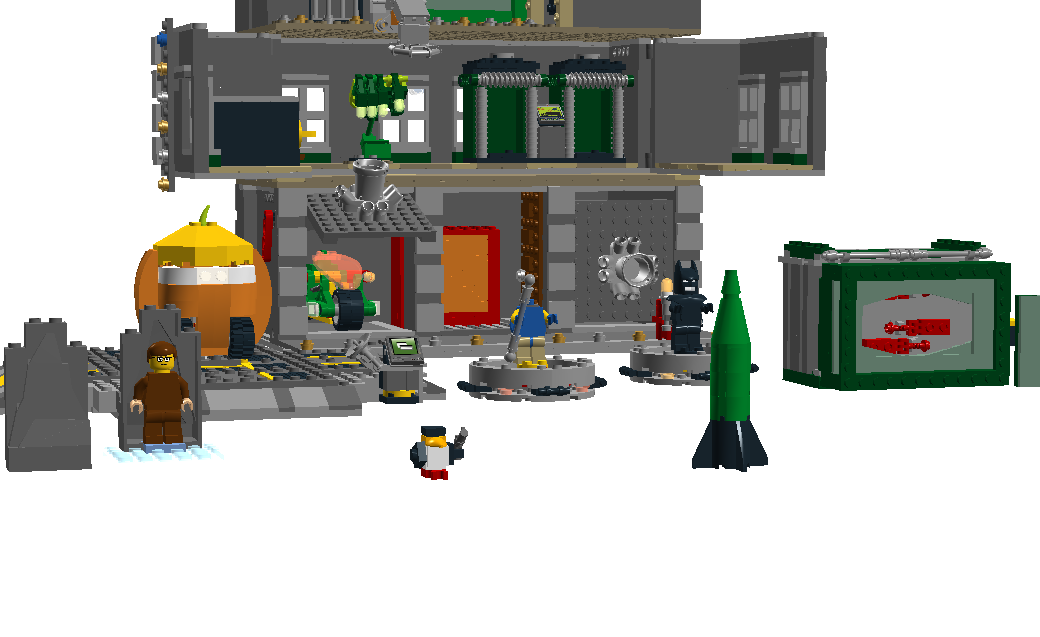 I have tried to cram in as much as I can into these photos whilst still being able to tell what i have here. firstly you should be able to notice two vehicles. they are robin's motorbike and the pumpkin car. these should be able to fit into the ground floor of the building. secondly on the left of the photo there is a civilian trapped in ice (the grey rock walls would be transparent blue) and also the remote terminal. towards the middle you can see batman and robin's alternate suit terminals, a penguin, green lantern rocket construction, and inside the building a gold wall which when opened holds the first minikit box. to the right is the first see through wall box. on the first floor there is a pullout box on the right containing silver and gold studs. in the centre of the first floor there is a green lantern hand and the LexBot storage area. 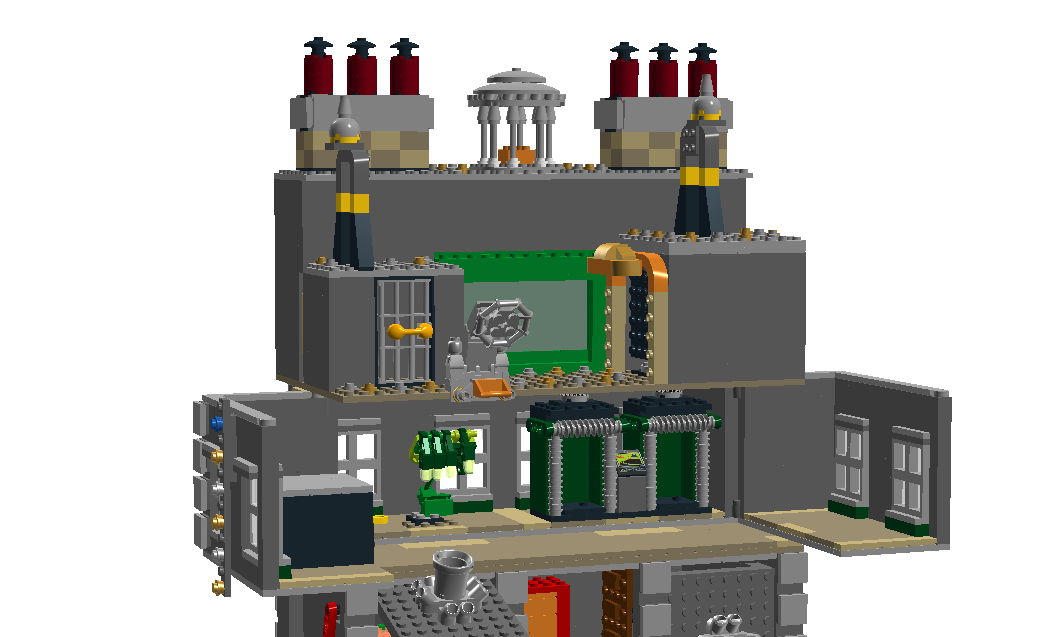 this image shows you the first floor again from a different angle and also the rooftop. On the left side of the rooftop there is a grapple hook attached to the side of the building. there is also a cell behind the grapple hook with and orange handle to imitate the game. in the middle there is the second see through wall element. You can slide the wall to find the whole and solve the puzzle. To the right of the wall there is a gold arch where you can collect a new character by spinning the doorway. Above the arch you can see the zipwire which goes from the top of the gold arch to the cell opposite(the zipwire can also be moved onto and alternate modular building to get from one to the other. on the very top of the roof there are two chimneys and a gold brick trapped in a silver cage. 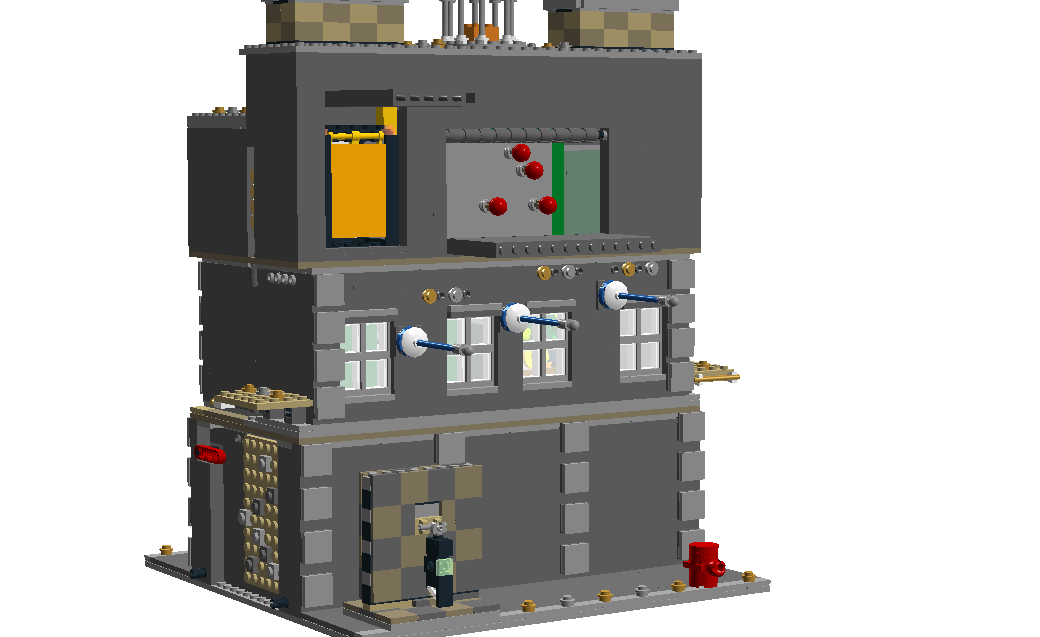 This is the reverse side of the building. On the street is a security camera which can flash red or green by simply turning the wall which it is attached to. this can be moved off it easily. to the left you can see a climbing wall on the side of the building and above it a raised platform. both the wall and platform can be removed easily and put on either side of the building. the back of the second floor has three poles for robin o swing on as he makes his way up the building. above these are two walls which can folded back to reveal the inside. The one on the left holds the other minikit. put both of the minikit pieces together and you can make the batpod from the dark knight movie (this can a an alternate build if preferred) the right side is the see through wall puzzle. twist the knobs in order to line the angles up and retrieve the minikit.


Of course this is just a few ideas of what this set could be. I invite lego to change and replace things if it suits them better. For example they may not wish to use green lantern because of the exclusive minifigure from comic con last year (I simply put him in the set along with cyborg because they are minifigures that I would love to have) in which case they could change it to flash. Superman and wonder woman are not in the set because I didn't want to use all of the minifigures already available. If you have an idea for this set please add a comment and I will try and fit it in. I intend to build this someday and get better pictures for it. but at least you can see my idea.
At the moment this set would cost between £120-£150 but I do not expect it to have everything you see in it so it could be cheaper.

Thanks for checking out my design!