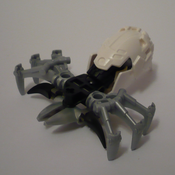 I present you project Hero Factory: Dark Creator. It’s dedicated to the Mysterious Villain, creator of Brains, who appeared in the 10th episode of a Hero Factory Series: Brain Attack. By many fans of the series he is sometimes called the Dark Maker, but I decided to change his name to Dark Creator. I think that this project should appeal every fan on of Hero Factory line.

‘Everything I need to get my little beauties inside the Hero Factory. Soon it will be destroyed, and unable to manufacture anymore Heros to stand in my way.‘

Dark Creator was a ingenious techno-geneticist , who knew both the organisms of organic and inorganic. However, he was blinded by the charge of authority. He went down the path of crime, trying take control of all life in the galaxy by his experiments ( during one of them Dark Creator lost part of his right hand, which was later rebuilt itself). Villain's efforts to takeover power by villain were foiled by Hero Factory. After those fails Dark Creator has decided to destroy Hero Factory and all of the Heroes who could hinder him from realisation his objectives . After years of working, he has created an army of evil Brains, which are capable of taking control over other beings . His little ones sent to various corners of the galaxy, including the Makuhero City. 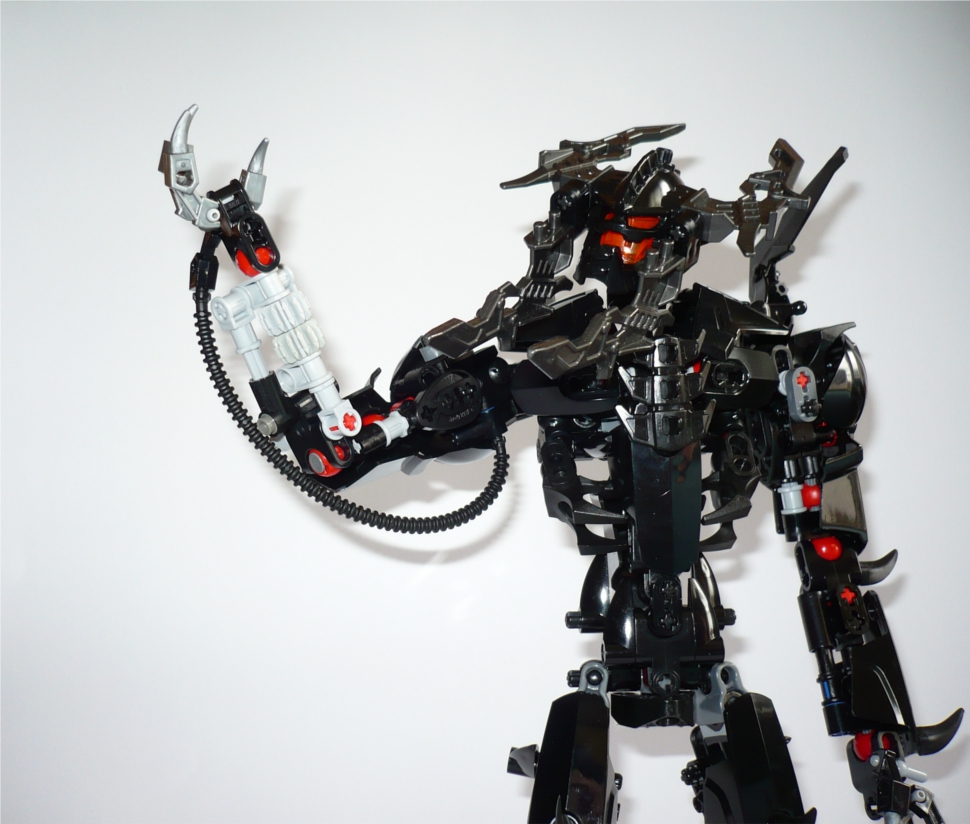 Dark Creator and his rebuilded arm.

Dark Creator is a sizable action figure consisting mainly of elements from the series Technic, Hero Fcatory and BIONICLE. Villain is slightly higher than than Black Phantom (with a maximum raised up extremities on Black Phantom’s back). Most of the elements that make up the Dark Creator is black, so his armor gives the impression of a coherent and uniform. In his construction are also parts in other colors, including: red, dark red and dark gray. Figure has pretty good articulation, which owes a variety of small parts to build the limbs and torso.

This mad scientist is equipped with three different weapons: 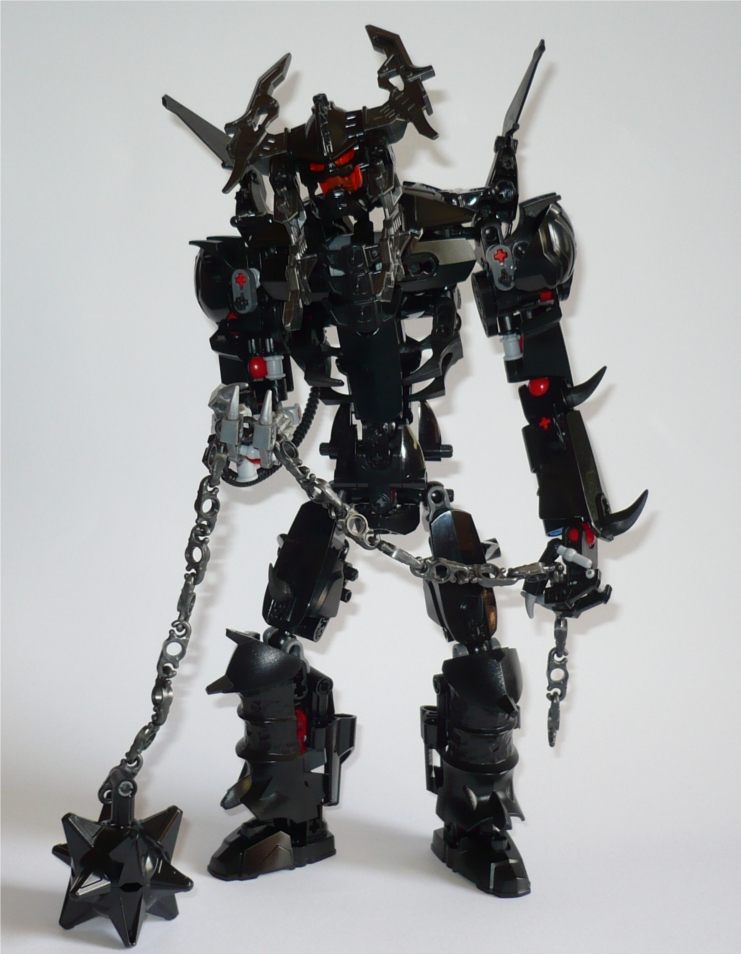 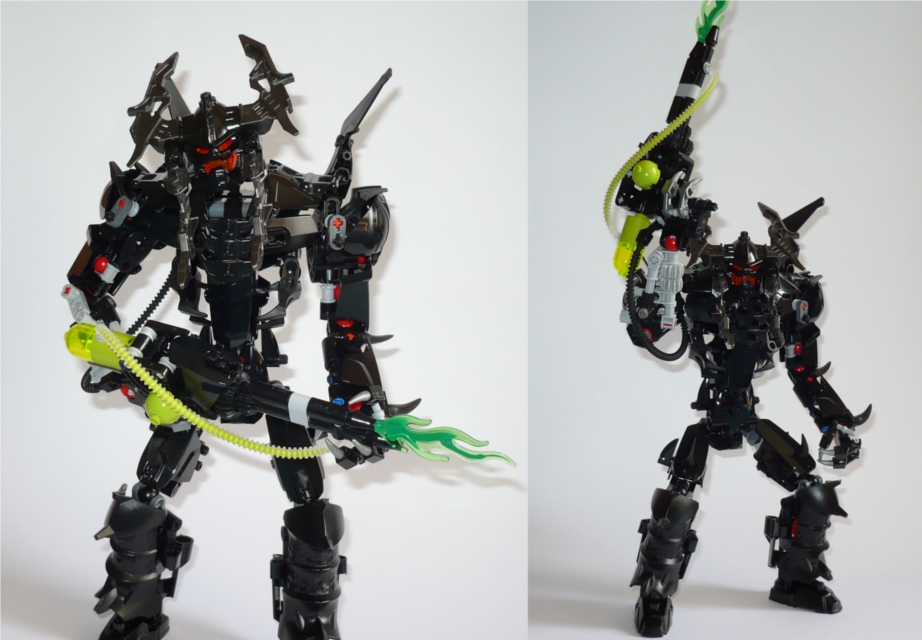 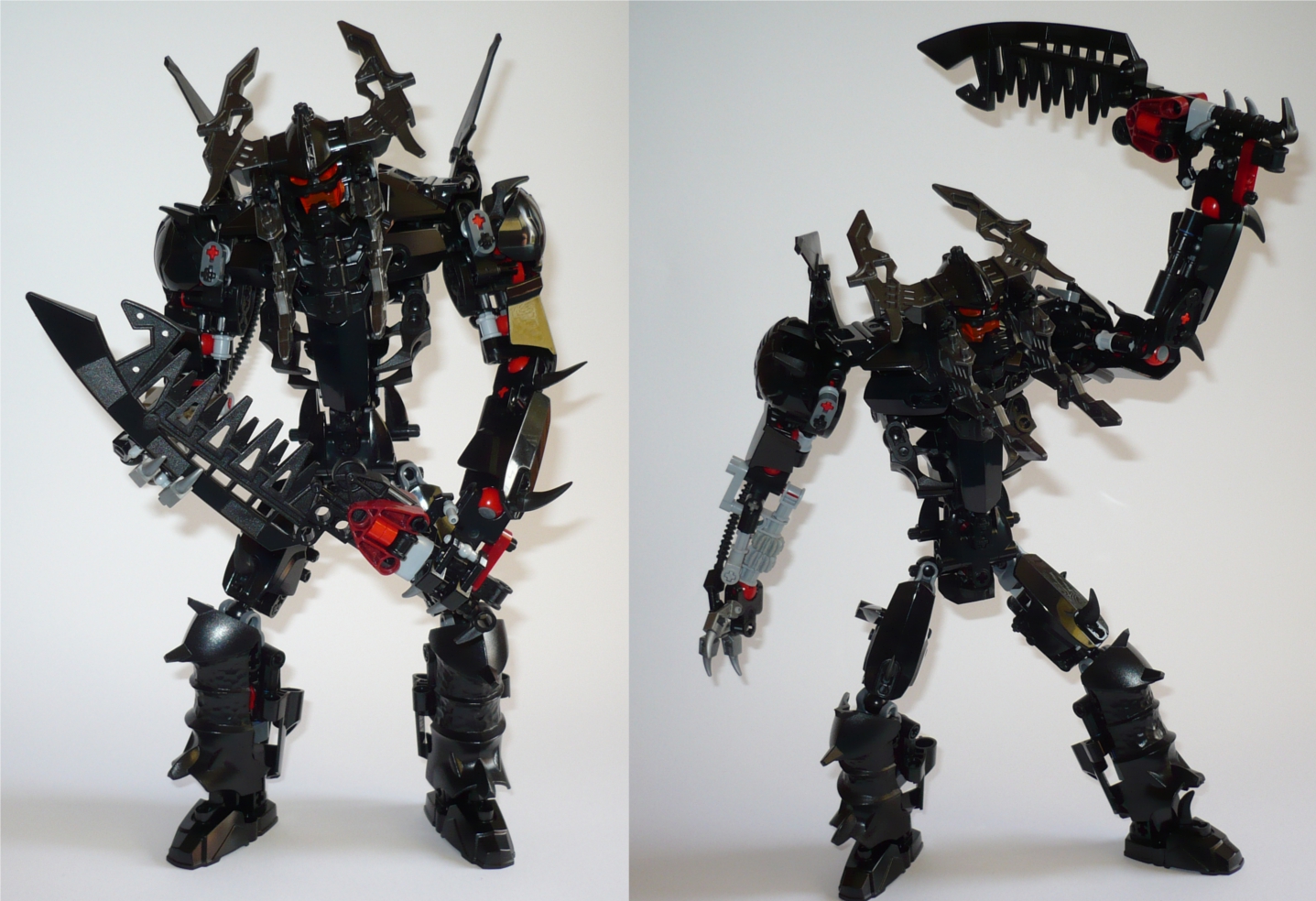 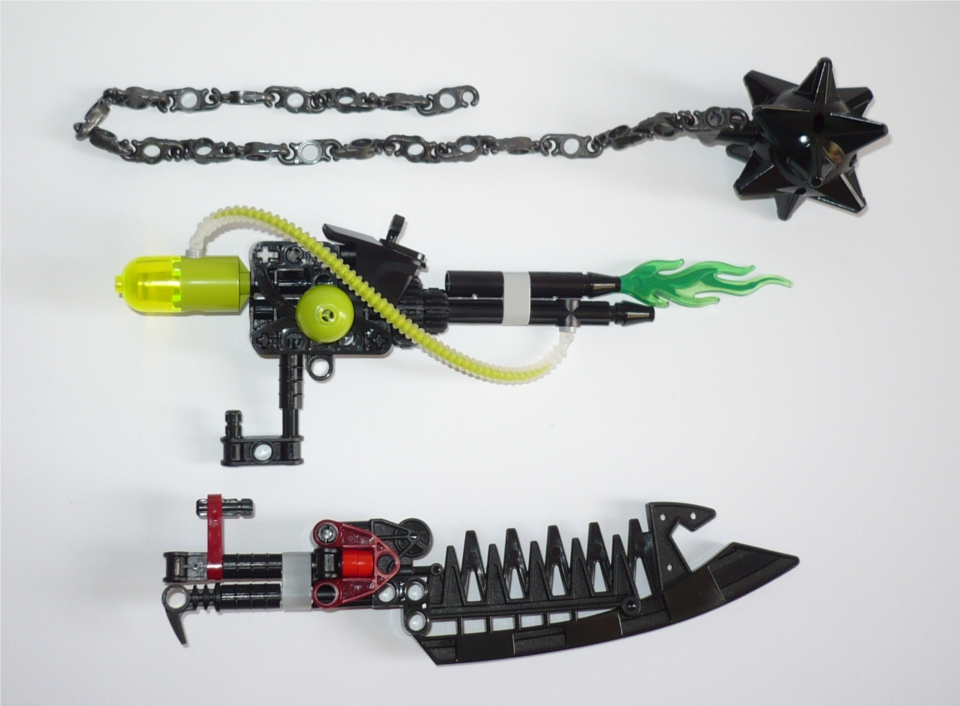 Blaster and sword have handles, so they can be put in villain’s hands.

If you want to see Dark Creator as a set, support this project! And don’t forget to mention about this your family and friends!

By the way, I think it would be great if LEGO and LEGO Story Team incorporate the name and form of above version of Mysterious Villain in the canon of Hero Factory, if this project would be officially released as a set.

Thank you for your attention and all votes for this project.