Zoo Mini Exhibits: The Two Poles and the Indian Temple 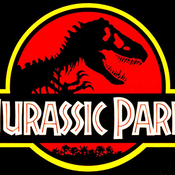 By gdslegoman13
16 comments
As someone who loves animals and wants to go into an animal-related field, I think it's super important to expose people not only to animals they love and know, but also to some animals that they may have never heard of before. These first two mini exhibits I built display a pair of animals from India and the North and South poles.
The Two Poles Exhibit:
-The Gentoo Penguin: Perhaps not the first species that comes to mind when you think of penguins, the Gentoo Penguin is actually the third largest penguin in the world (20-35 in tall). Its defining features are the white bonnet-like strip across its head and a bright orange beak. Like most penguins, the gentoo call Antartica their home, feasting on krill and shrimp, while being on the watch for the hungry leopard seal or orca.
-The Lemming: This furry little brown and black rodent runs around its home in the rocky tundra of the Arctic. It feasts primarily on grasses and lichen, but will sometimes forage through the snow for tasty berries. Unlike some arctic neighbors, lemmings do not hibernate in the winter, choosing instead to make snow tunnels to hide from predators. Their burrows have rest areas, nesting rooms and even a toilet.
Indian Temple Exhibit:
- The King Cobra: Probably an animal that most people know of, the king cobra lives in the rainforests and plains of India and Southeast Asia. It is a venomous snake species that hunts other snakes, lizard and rodents. Despite its dangerous nature, the king cobra is listed as a vulnerable species because of habit lost due to deforestation. In this build, the king cobra lives in a secluded bamboo forest.
-The Indian Chameleon: At 6-7 inches long, this colorful chameleon species is arboreal, meaning it spends most of its time in the trees. This chameleon uses its classic tongue to catch its prey and its prehensile tail to aid it in day-to-day tree life. This chameleon's home is in parts of Sri Lanka, India and Southern Asia.
I hope that these two mini exhibits are the first of many sets that expose people to the wide range of members of the animal kingdom. Maybe YOU can add to the animals in LEGO to help further interest in the creatures with whom we share this world. I am working on a North American exhibit so feel free to leave comments on what animals you would like to see in that one!
***These exhibits are in no way proportional to the appropriate size of exhibit these animals require.***