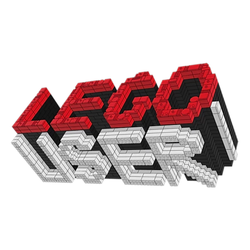 In the early medieval times, most houses consisted of a timber frame. People also used bricks, but using bricks was extremely costly and was only used for the rich. Most roofs in this time were made of thatch (building a roof out of dry vegetation such as staw to shed water away from the inner roof). When building roofs from dry straw, fires were a constant problem and, in 1221 A. D., a law was passed prohibiting the use of thatch! These homes were not perfect, but while peasants only had access to sticks, mud, and weeds to build their homes, a simple shed completed all the necessary tasks. . . .

Only the rich could use stone. In the early middle ages, most peasants were forced to build their houses from clay, timber, mud, and sticks with roofs of straw or wood shingles. While those houses were likely to burn down, due to all the dry vegetation in its construction, the wealthy barons chose to take a different route. The barons had their houses built from stone. This method of building homes was significantly superior to the mud-homes of the peasants but much more expensive. The stone houses protected the nobles from the elements better than the stick houses. The stone was also much stronger and less likely to burn! Those who had the money clearly would prefer this method of housing, not only was it a sign of wealth, and therefore power, but it was simply better than any peasant-made home!

My project, "Medieval Cottage" is sort of a "half-way" for medieval homes. The thatched/plated roof, timber frame, and a stone base was not an incredibly popular technique for medieval homes, but it is, by far, the most iconic representation of medieval homes. The stone base was used, however, depending on the available masonry. The roof in this project is plated with 1 x 2 tiles to give it the thatched/plated texture and look. The frame of the house uses brown corner bricks as well as interspersed brown plates ejecting from the walls, appearing as a timber frame would. The walls also are complete with "brick yellow" bricks to add a "filled in" or plastered look. My favorite feature is the stone base. The "sloping" effect of the stone wall was achieved by adding 90 "1x2x12/3 W. 4 Knobs" pieces and then building from it with plates! The final uneven texture on the stone is similar to the roof thatching, it is simply 1 x 2 tiles scattered to get the stone-like look. The project also includes a detachable shed, thick grassy landscape, folding/opening roof, and chimney. Finally, the entire project is built to Minifigure scale!

The goal of this project was to create a, historically accurate, medieval-themed set that would provide both display value and playability. The thatched roof, timber frame, and stone base add accuracy and detail to the project, while the minifig scale of the project allows for complete playability! Please consider giving your support.

Thank you for considering this set, as well as for your support and comments!