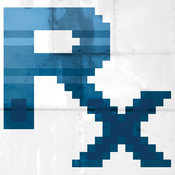 EDIT: After a few part swaps, I was able to get much smoother movement out of the mechanism. This entailed removing one link from the chain so it wasn't as loose, then replacing the gear on the left side with a bar/pin combination that holds that end of the chain in place but provides no additional resistance. This made the chain the perfect length so that it wouldn't skip any teeth on the right side gear but wasn't too tight for free movement.
After receiving parts to add functionality to the Stereo Tuner, I've managed to assemble a working tuning knob which, when turned, activated a series of gears that laterally move a 'needle' within the long frequency band window. I'll be honest, it's not the best way to implement this idea but being more of an aesthetic builder than a technical one (and being only partially familiar with the Technic gear system), this is what I've come up with. Essentially, I had to use numerous gears in sequence to have the needle move the correct direction relative to the main knob which means more friction over the course of the 'chain'. So it works, but it's clunky.
Additionally, the connection between the center link part and the tile I used for the 'needle' itself isn't a legal technique, to the best of my knowledge. I'll explore more options moving forward but for the time being, this is the solution I have and it mostly functions as intended. Not all the gears in the sequence are visible above but you can see how they are packed in closely with little tolerance between them and the surrounding structure. The sides of the component have been replaced with panels to allow extra room for the chain and gears. This chain of black links is driven by the upper 8-tooth gear on the right side (above the tuning knob), which is driven buy the series of gears that are turned by the knob itself. The same gear on the left side simply holds the chain of links in place to provide a secondary point of rotation. It is designed so the 'needle' can travel up to within one stud distance of either side edge of the window.
Here is a clearer view of the mechanism on its own without the surrounding internal structure to obscure its parts. One change I would make from here would be to change the color of the part that represents the 'needle'. My original thought was to have a dark color contrasted on the white parts above and below it. This can be better seen in the image below, in which you can also see an idea I had for decals inside the VU meter windows. I've since redesigned the images to have the graphic lower and therefore be more visible.
But the focus here is the 'needle' which being a dark color against the dark inner space behind it, is hard to see. Perhaps a black plate with a small decal on the end, featuring a black background and a white line would be a better aesthetic for the needle moving back and forth. This would have the lighter portion be more visible against a mostly black/dark background. I'm currently revisiting the tape deck to add an ejection mechanism for the tapes. Currently, they attach to modified tiles with studs in the center which makes it difficult to remove them without the individual parts disconnecting. With the redesign, they'll simply slide onto axles and a tile behind each tape will be pushed out by an ejection button (similar to the CD player). I'll post another update once I have built this for myself to see how well it functions.
On Apr 09, 2021

While anxiously waiting for more supporters, I've been hard at work to improve upon the designs of every component. While the outward appearance of most of the models will remain basically the same, I've been making attempts to add more functionality or features to each where possible without adding much to the total part count.
For my first attempt, I wanted to work some sort of ejection button into the CD Player component. While the tray opens, it requires a bit of a jolt to get it the first bit out in order to give you something to grab onto to pull it out the rest of the way. And suffice to say, there isn't much room to work with inside of any of these models and the CD player, being the shortest in height, is no exception. Luckily, there is mostly empty space inside, so with significant changes to the interior and minimal revisions on the exterior, I was able to do just this.
Here is an 'x-ray' view to show you how it works: As seen above, the top left 'button' on the front of the component is pressed in and the small assembly it's attached to pushes on the right side of the reddish brown Technic connector, which in turn forces the left side forward and that nudges the tray out enough to grab onto and pull out the rest of the way. To accommodate this new feature, the back side of the component was redesigned, using a panel to provide more space for the mechanics to fit and operate as intended. This only changed the appearance slightly (less 'heat vent') but still looks clean. There may be a more elegant solution but I've built this myself and it works perfectly with no catching, misfiring, slipping, etc. I'm quite happy with how it turned out and I hope it adds just a bit of value to this LEGO Idea!