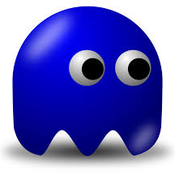 In the Percy Jackson universe, Camp Half Blood is a summer camp for the children of the Greek Gods. This project includes features iconic to the series and the minifigures of the 7 Heroes of Olympus. I think it would make a good Lego set because the book series by Rick Riordan is hugely popular and so there would be a lot of fans who would want it. Plus, there are plenty of ways to make your own exciting Lego demigod adventures, even if you are not a fan of the books or films.

All models are secure and do not fall apart easily.

If this was made into a Lego set then this would not be what the final minifigures would look like. This was just my rough idea of what they look like using the bricks available.

If you would like to have this set in the future then please click support and share it with others who may be interested because if it reaches 10,000 supporters and passes the Lego review, it will be made into an official Lego set.