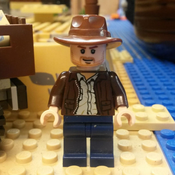 Space Pirates travel through the solar system with their spaceship called the Stars Galleon.

Its propulsion has mains engines on the back and four lateral direction engines. Its power is supplied by large solar veils and a VEE (void energy extractor). Outer decks are protected by a force field maintaining air pressure and temperature. This Stars Galleon also has cannons. There are two ranges of four lateral cannons and one main cannon on the forward deck.

There are two cabins. The crew cabins has four beds and two desks for sciences and medical officers. It also has a table and chairs. Captain's cabin has bed, desk and a small salon to discuss with main officers. The last room is dedicated to power supply and technical facilities.