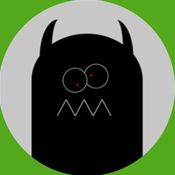 Firstly I’m welcoming you to my first Lego Ideas Set published here. I hope will you all enjoy it and hopefully all support me :-)

My story for this spaceship was that I wanted to create a massive and detailed Lego model, which is still playable. I liked the Star Wars UCS Sets, but found that for instance the Millennium Falcon was overly designed to be a showcase model and not so that also kids can play with it.

Hence I started to build a tall spaceship, oriented on several different spacecrafts from movies, series and video games.

And after approximately one year it was finished: THE GENESIS

My story Idea was that the Crew belongs to an official group, similar to the Jedis from Star Wars or the kinsmen of the UFoP (United Federation of Planets) from Star Trek. In addition the Genesis should be a transport carrier, rebuilt for their operations to help people.

The general appearance should look like a futuristic, even though realistic, transport carrier.

Therefore the front part appears to be a long ‘container‘. On the right site of it is a wing attached, which sustains a big, bit longer antenna. On the left site of the ‘container’ is the bridge, which can be removed as a little shuttle.

Both, the wing and the bridge, are underpinned by attachments, which can be removed if you open the Interior.

The rear part consists of the main structure and the engine-nozzles, as well as two impulse-nacelles.

The whole Genesis is supported by four foldable pillars in the back and two pillars in the front. Both are also carrying two cannons for the weaponry of the ship.

The ceilings of the Genesis can be completely removed, so you have ideally access to the fully interior.

Accordingly the spacecraft can be divided into two parts: The Back (Hangar Bay) and the Main part (‘container’ and bridge). As a matter of fact the main part can be again divided into four parts: The Bridge, a living- with bathroom, an equipment- and the electric engine room. Furthermore all rooms and the Hangar are connected with a floor and separated with sliding doors.

The Bridge can be removed and used as a shuttle or rescue pot. In addition one can turn around the wings or fold out four pillars and a stairway.

The living room contains a replicator, which can produce food or medicine, as well as three beds, which can be fold up to save space. What is more the living room offers the entrance to the bathroom, which includes a shower and a toilet.

If you want to have access to the large Hangar Bay open the Back cover. The Hangar is so high that two Minifigures can stand about each other. If you want to enter or leave the Genesis open the big ramp under the two main engine-nozzles.

The Crew of the Genesis is compounded of five Figures:

A boy, a woman, an older man, an alien and a robot. My Idea was to create a crew of members from different species. So I decided to build three members from earth, one alien from anywhere and a high-performance robot, leant to the War-Machine armour from Iron Man.

These five crew members have different tools and weapons, a lava suit for hot expeditions and an armour suit for heavy expeditions. Moreover they have the opportunity to race about planets with their two Speeder-Bikes in the Hangar Bay.

I hope you really like my Idea of a detailed as well as playable Lego Spacecarrier and I hope you all support me.

If you have tips or suggestions write them in the commentaries!

Great thanks to all Lego Friends who click on the blue button (-: !!!