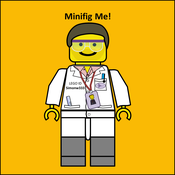 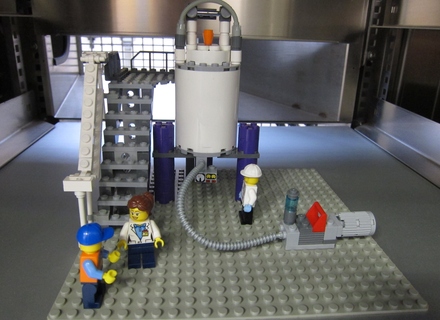 With all the construction of the cryostat complete, the engineers have hooked up a rotary vacuum pump to create the insulating vacuum needed to hold the cryogenic liquids inside the magnet. 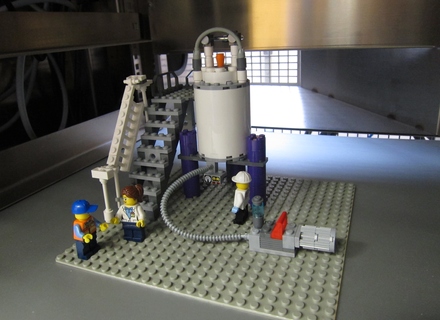 A pressure gauge means that the vacuum within the insulating chamber can be monitored and once it reaches a suitable level, the valves can be closed and the pump disconnected before the system can be cooled and filled with cryogens. (time to order some liquid helium!) 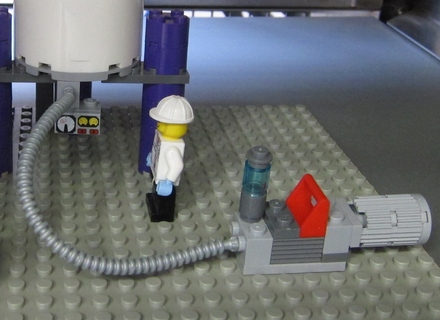 Magnet install has begun at the Lego NMR labs...

So, There's been a long delay while all the paperwork has been done to get the new NMR system ordered. Now the engineers are on site building the new magnet in the Lego NMR lab!  This is a high field monster of a system, so I've had to fit a gantry to allow access to the cryogen fill ports and the bore of the magnet. 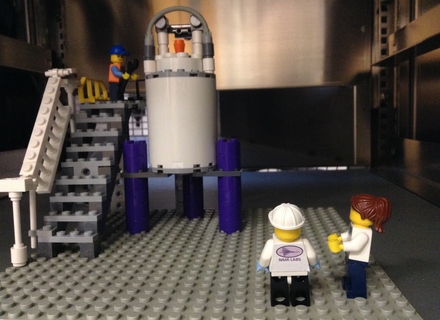 Still not energized yet, so the spanner will stay in our engineers hands!

Keep on voting and spread the word! 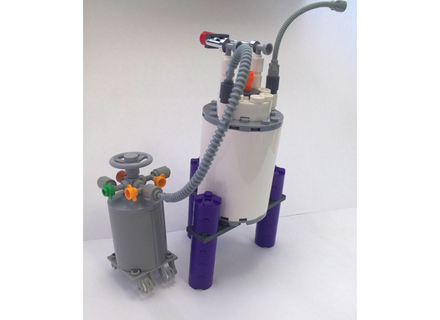 Or at least Friday is nitrogen fill day in my lab and now I've made a liquid nitrogen Dewar, my Lego Spectroscopists can keep the cryogen levels topped up on the Lego NMR Spectrometer (Helium Dewar to follow!) 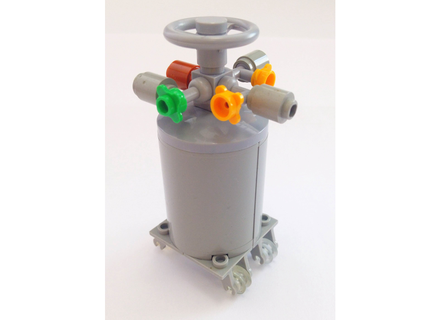 As a bit more background:
NMR magnets have a superconducting electro magnet coil at their heart, which needs to be at, or near the temperature of liquid helium (-269°C) in order to be superconducting (zero electrical resistance) helium is a finite resource. It is found trapped in certain types of rock and mined, but once released, is so light that it can escape the atmosphere into space. This makes helium a relatively expensive substance and so to slow the rate that the helium boils off and to keep the coil superconducting for as long as possible, the helium container is surronded by a liquid nitrogen (-195.8°C) container and the whole lot is insulated by what is effectively a big vacuum flask.  The nitrogen boils off more rapidly than the helium (from the outer, less well insulated container) and so needs to be topped up regularly. Nitrogen isn't a limited resource (78% of the atmosphere) and the liquid (condensing at a higher temperature than helium) is cheaper to produce and easier to handle. For most magnets and in most labs, there is a weekly ritual of topping up the level of nitrogen in the magnet. The nitrogen is transfered from a vacuum insulated tank called a Dewar (named after Sir James Dewar who designed the first vessel of this type).
Some of the most modern systems re-liquify their cryogens with compessors etc. and so in theory may only need to be filled once!

Thanks for all the support, comments and requests for additions and updates. I've got a few things in the pipeline (including an updated console, probe and cryoprobe!) and hopefully if I start making more regular updates I can stir up momentum for more support! 10000 is a very long way to go! 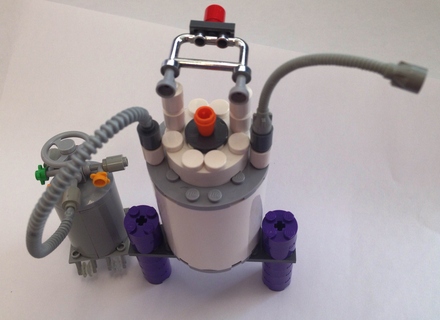 Well the first milestone has been reached, 1000 supporters, so only 9000 more to go!

To celebrate the 1000 mark, (and in response to some of the comments) I thought I'd share my designs for possible Minifig S̶p̶e̶c̶t̶r̶o̶s̶c̶o̶p̶i̶s̶t̶s̶!̶ S̶p̶e̶c̶t̶r̶o̶m̶e̶t̶r̶i̶s̶t̶s̶  Spectroscopists  (Sorry Justin back to my original terminology) to complete the set.  I've included male and female versions, and I've included blue nitrile gloved hands and yellow bare hands as options, as well as a reversible head/face with and without safety glasses, so your minifig scientists can always be in the correct PPE! 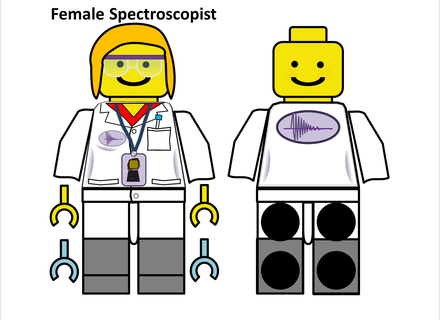 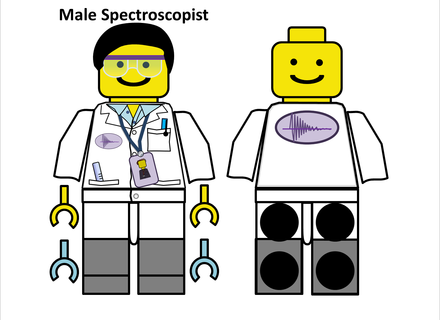 Spectrometrists/Spectroscopists? Perhaps I should just give them names! 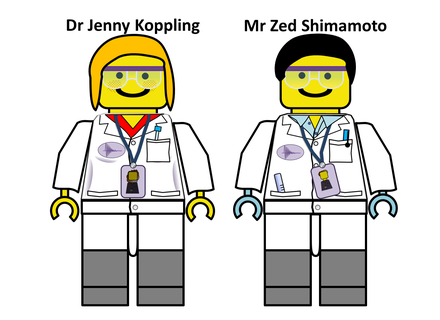 I've also added a pic of a minifig with the model, to show just how big the magnet is. (This must be at least an 800MHz) 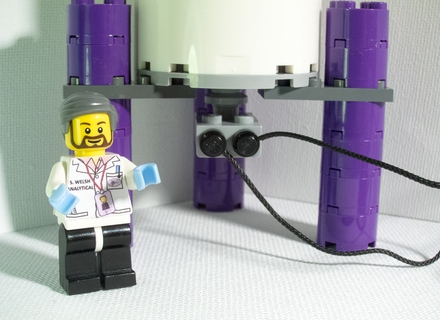 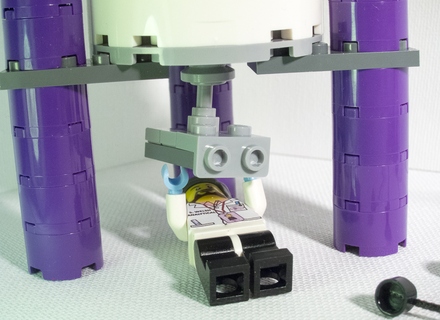 Thanks for all the support so far.