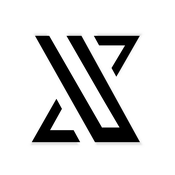 Deep down lay thousands of shipwrecks, waiting... waiting until someone discovers them. This little submarine might seem small but it comes equipped with two robotic arms to investigate further than the eye can see. Now go out and explore the rest of the seas and oceans to find other treasures on the seabed.

This submarine is designed for exploring. It comes with a pair of advanced moving arms to help investigate a shipwreck as well as a pair of functioning propellers for extra maneuverability. It also has some tanks, cameras and other equipement on board.

The base is designed to look like a buried shipwreck to go along with the submarine. It has some nice details like the starfish sitting on treasure chest, the little pieces of railing to enhance to look of a shipwreck and a lot of sand colored bricks to represent the sandy seabed.

Some selling points of this set

I think this model came out great. I like how you can pose it and show it off on your desk or, if you remove the base, you can have endless amount of fun playing around with the submarine itself. This makes it a fun model for a lot of people because everyone can enjoy this set in his/her own way.

I hope you are just as excited about this model as I am.

Thank you for taking your time to look at this model.

Now you can maybe use this submarine to explore the many other creations on Lego Ideas, have a good look around and do not forget to support the ones you like ;)