World Ball Of Many Games 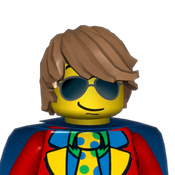 World Ball Of Many Games

One ball – Many games

I am glad you found your way to this fantasy set with a multitude of options.

The inspiration for this creation is the the upcoming FIFA Word Cup which will be held in Russia, June-July 2018.

There is nothing as exhilarating as a sports mega-event with face-painted fans passionately cheering on their favourite sports team.

Global spectacles like the Olympic Games, the Paralympic Games, World Series and the FIFA World Cup characterise the vast scale of events that are watched by hundreds of millions of people at the games or via television or the internet, with fans not wanting to miss a minute of the action.

This set is a perfect celebration for die hard football fans and the perfect introduction to building with Lego technic.

If football to you is not European soccer using a round sphere ball, then don’t panic, the ball easily transforms into a prolate spheroid used in rugby, Australian football, American and Canadian football.  It can still sit beautifully on its stand ready for kick off.

The numerous shields each represent a different country and its sports team so you can decorate the ball in any way you like, depending on the sport and teams you follow. Besides the above mentioned kicking games, the ball can also represent ball sports such as basketball, European handball and volleyball.

And now you can also keep track of winning teams using the shields on the included score board.

This set doesn’t need to be only for display however. The World Ball Of Many Games is strong enough to be played with and thrown due to its thoughtful construction with many reinforcements giving it sturdiness and playability.    Warning: Don’t kick it too hard.  It will fall to pieces, brick by brick.

The World Ball Of Many Games would be a great Lego set because it can reach any audience.  It represents many sports and all regions and countries as well as being appealing to children and adults alike.  This set is aesthetically pleasing and perfect for display on desks, shelves and in schools.  The Ball of Many Games can reach an audience of any age because it's fun to build, small to display and captures attention.

The Major Features are:

If you're an avid sports fan or know somebody that's one, please consider supporting this project to make it a reality.  All support, comments and feedback is appreciated.