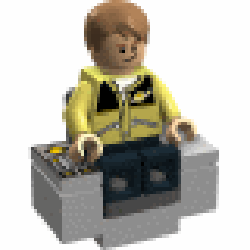 This set is a representation of an old European farm house including a big herb garden in the front yard.

Since dark brown is still a rare color, it's not possible to build a solid structure which would enable us to remove the roof for playing inside so my copy of that house does not contain any interior. However, with a few new parts in dark brown (such as 14719 Tile 2x2 Corner) I believe it would be easy to do so.

As you can see on one of the images, this house fits perfectly in any LEGO city, so please don't hesitate to support this project.