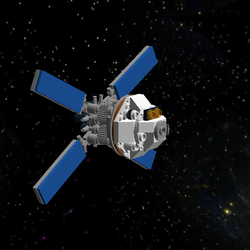 My idea is to rebuild the mission ARM. My dream is Mars and it is exciting to think that this mission can test most of the technologies to bring the man "where no man has gone before!"

What is the ARM?

NASA recently chose the option for the famous, and controversial, ARM (Asteroid Redirect Mission). At the first NASA thought to capture a small entire asteroid that was of 10 meters in diameter, but it preferred to collect a large boulder of 4 meters in diameter and 95 tons in weight by a big asteroid. For these early stages NASA is thinking to the asteroid 2008 EV5.

If funded, the mission would be launched with an Atlas V or Falcon H rocket in December 2020, the spacecraft would slowly spiral out of Earth orbit for about two years. Using a gravitational slingshot, it would then spend another two years going to the target asteroid, arriving there in 2022, and returning the boulder to lunar orbit by late 2025. If the Asteroid Redirect Mission and the Space Launch System are both completed on schedule, a manned mission to the asteroid brought to lunar orbit could be launched as early as 2025.

Something about the project:

Voting is free ... This mission will be able to save the Earth in future extreme cases. Vote, share and show to the world that we can do it ourselves with LEGO!