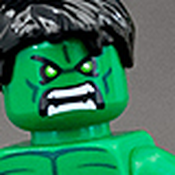 By Tiler
8 comments
The model is based on the "Pfk.85 Falke" armored hoovercraft from the "Maschinen Krieger ZbV 3000" fictional universe (Ma.K, in short) created by Kow Yokoyama. It is a vehicle used in low altitude dogfights against other fighter aircraft, but also to engage ground targets and enemy troops using the precision laser canon that equips it.

Based on parts / color availability, I've presented the model in black so I can maintain a consistent color scheme all over the body but optional, the model could be released in olive green body armor, with black, grey and red detailing. 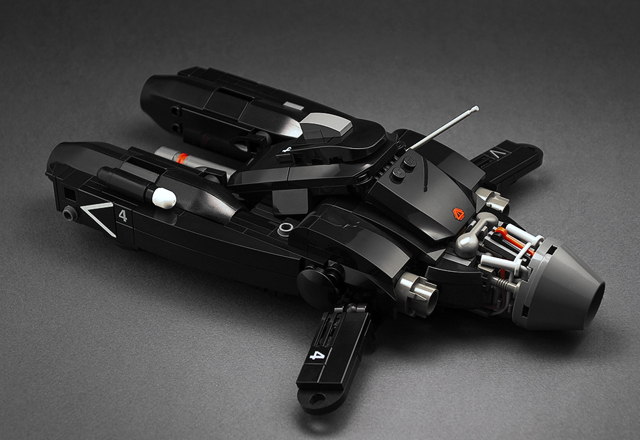 The model features opening cockpit and it fits a pilot. 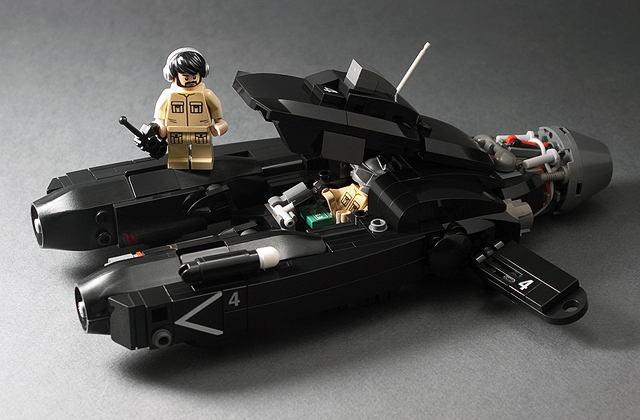 The set would ideally include two minifigures, a pilot and a maintenance technician. 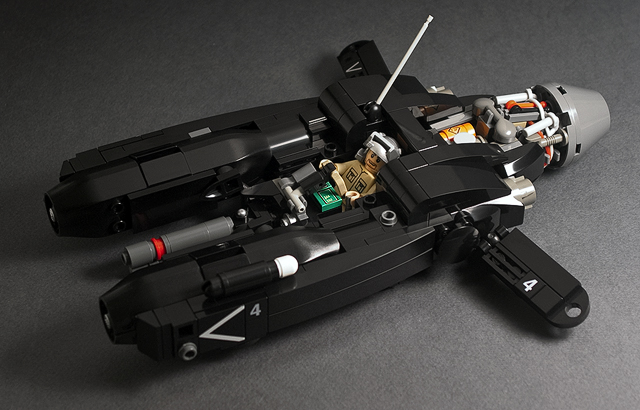 The hatch can be removed from the body of the aircraft, giving access to hidden parts of the engine, like the power cell / fuel tank. Periodically, the engine must be thoroughly inspected by the maintenance technician, in order to ensure a good performance of the vehicle. 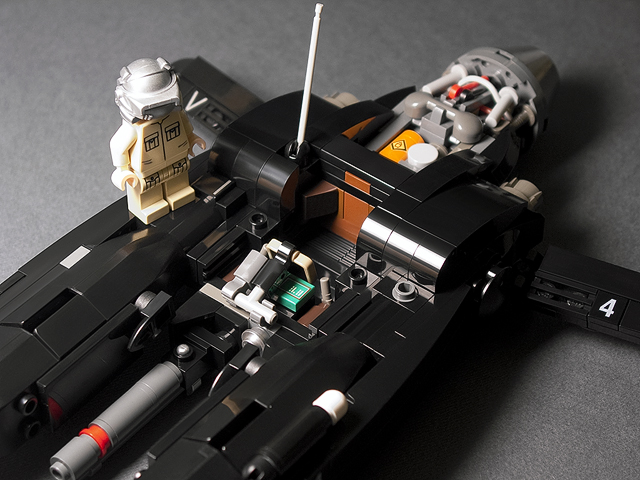 I hope this model will come as a fresh idea amongst other Cuusoo projects and that it will be a nice surprise for the ever growing number of the Maschinen Krieger universe fans, who already have a dedicated group on flickr.com for their creations.