The Lumière Brothers: “Arrival of a Train at La Ciotat” 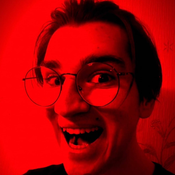 By Mccarthy4art
32 comments
To celebrate 125th anniversary of “Arrival of a Ttain at La Ciotat” i decided to make my own project based on this historical phenomenon. On 13th of February 1895 Louis Lumière’s invention got a patent. This invention was Cinematograph. Louis and Auguste started it all. With Cinematograph living pictures came true, and one of their most popular film is “Arrival of a train to La Ciotat”. There are some legends and rumors that people was shocked and terrified seeing their movie, thought that this was a real train coming at them! This film is true legend and immortal legacy of two brothers- Lumière brothers!
In my moc i tried to show the most important things of “Arrival”- Locomotive and platform which are fits together and makes cute compact scene. Also i decided to make people waiting for a train in black and white to fit this scene. In addition i made small platform with both of Lumiére brothers and Cinematograph. This platform can be connected to main train station platform to represent filming process of “Arrival of a train”.
Also i think that plate with year of production is very important part in this project-in 2021 this film had a 125th anniversary!
hope you enjoyed my project! Tell your friends and family members about this project! Any help is required!