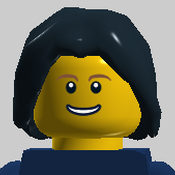 The Skyhopper includes the following:

a. Working Docking System (You can really dock it to another craft made with LEGO).

b. Two functional Airlocks with Hatch and console included.

e.Two large Robotic fold-able Landing Legs that fit perfectly inside the bay area, in space those robotic legs can be deployed and used as RMS (Robotic Manipulator System) a camera can be attached to one of its ends to inspect the Skyhopper spacecraft while in space also a end effector connector can be added for installing more nodes/Modules to the The Lunar Orbital Platform – Gateway (LOP-G).

f. Three Robot Miner Rovers are included (Rond-0, Tong-0 and Dong-0) they are capable of performing several task such as mining Moon or Mars surface, take resources as rocks, dust, minerals and turn them into Oxygen, Fuel and Water by working with them at the all in one lab included.

h. The Skyhopper also includes Solar arrays and a Radar.

i. The RMR (Robot Miner Rovers) serve as self-balancing personal transporter as Segways for the astronauts so they can explore further as if they where riding their own rover on the Moon and also on Mars.