House of the Temple 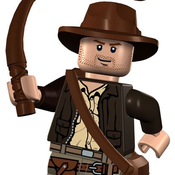 The Scottish Rite House of the Temple was built between 1911-1915 in Washington, DC, and serves as the headquarters for the Scottish Rite of Freemasonry of the Southern Jurisdiction, a branch of Freemasonry–a worldwide fraternity with approximately two million members. John Russell Pope, who is considered to be the last great American Classicist architect, designed the House of the Temple. The Temple was Pope’s first monumental commission in Washington, DC, and his involvement with the Temple’s design allowed him to gain the commissions for the National Archives, the West Building of the National Gallery of Art, and the Jefferson Memorial. Pope’s inspiration for the design of the House of the Temple was based on one of the seven wonders of the ancient world, the Tomb of King Mausolus, which was in Halicarnassus (now present-day Turkey). In addition to Pope, several other famous people contributed to the building of the Temple: Elliott Woods, a Freemason and the sixth Architect of the Capitol; Guastavino Moreno, a Spanish architect notably known for his dome designs and secret concrete formula; and Adolph Alexander Weinman, an American sculptor known for designing the “Walking Liberty” half-dollar and the Mercury dime.

Although built for the Masonic fraternity, the House of the Temple has been utilized by popular culture. For example, in Dan Brown’s novel The Lost Symbol, the Temple serves as the setting for the novel’s beginning and climax; several scenes from State of Play (2009) were filmed inside and outside of the Temple; and several documentaries on Freemasonry have been filmed inside discussing the significance of the Temple and the Scottish Rite.

This Lego model of the House of the Temple, designed by Plandscape88, captures the detail and the beauty of the breathtaking façade of the building; as well as the Temple room, the main ceremonial space inside the building. By removing the ziggurat–the stepped pyramid at the top–one has the ability to look inside to see a Lego version of what a lot of people from around the world come to see in person during the building’s tour hours.

Thanks in advance for your support!

E. McCarthy (not a collaborator on project, but has given explicit permission to utilize photos.)