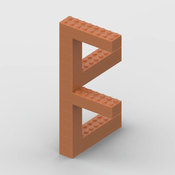 This is Lance's campsite in LEGO (from the Woody Woodpecker Movie)!
Overview:
This is a movie scene from the movie, Woody Woodpecker. This movie is already featured on Netflix and was released in 2017. This movie is about "a rascally bird with a distinctive laugh pecks back with a vengeance when his forest habitat is threatened by a slick lawyer building his dream home" (I feel like I have to tell you what it is since so many people don't know about it).
Anyway, I made this movie scene in LEGO. It comprises Lance's (the rich lawyer) vehicles, tent, modern home, and even his campground (the base).
Why I made this:
I made this mainly because of the LEGO Ideas sets. The 40 (out of thousands of LEGO Ideas) LEGO Ideas sets were mostly from movies (like Winnie the Pooh). The others were super popular things (like the Grand Piano). If I wanted to make some RV-ish thing become a LEGO set, it had to be a popular thing from a movie.
After thinking, I found out that a Woody Woodpecker movie scene would be great. I decided to make the scene on Lance's campsite. It had his RV and a bunch of other things in it!
How I made this:
It was a hassle to design and build this. I made the vehicles and then the house. The tent and Woody's tree were custom too. All of this summed up to the Woody Woodpecker movie scene.
Also, I had to be aware of the piece limit. The vehicles were 1,500 pieces, the house was 1,000 pieces, and the other architectures were 500 pieces. Luckily, this scene was only 3,000 pieces. Although not included, I added the base just for fun.
Features:
You can watch my video here to know the features!
Why it would make a great LEGO set:
This would make a great LEGO set because it's from a (popular) movie! Woody Woodpecker was popular itself, so the movie was super popular (although I don't know why some people don't know it). Just like Winnie the Pooh, this Woody Woodpecker Movie scene would be great too. It really does have everything and is very playable...
I just don't know if this will get 10K or not. I'm really doubting this LEGO Idea...
Conclusion:
Remember, my goal for all of my LEGO Ideas is to get to 1K! If this get's to 10K, I would "explode". Help me get this LEGO Idea to 1K! Thanks a lot!
1st goal - 100
2nd goal - 300
3rd goal - 600
4th goal - 1,000!