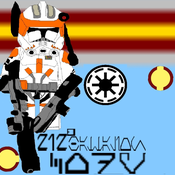 Star Interceptor Squadron consist of four five ships one mini-figure per ship as a  pilot the size of the ship is 13 cm by 14cm, four standard interceptor, and a leadership.

Star Interceptor is  a high speed it has a similar design to the LEGO Star Wars set Jedi Scout Fighter 75051, and was based of the Sith interceptor in Star Wars  KOTOR (Knights of the Old Republic) which would be smaller than the jedi scout fighter in normal scale.

But Ideally this is a custom ship that I made up and created out of my lego bricks but their was a  lot of inspired element imputed in this set.