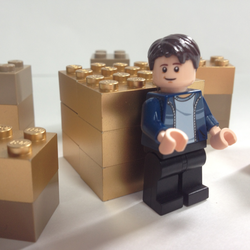 Taskmaster and the Winter Soldier have teamed up and are getting away in a stolen S.H.I.E.L.D. truck! Spidey and a S.H.I.E.L.D. Agent chase after the truck in Spidey's four-wheeler. Dodge the missiles from the truck, then use the four-wheeler's web line to slow down the truck. Open the truck's back door and reclaim the golden crystal and prototype S.H.I.E.L.D. blaster!

S.H.I.E.L.D. Truck: Flick-fire missiles, handlebars on the sides of the truck, and an opening back door!

Spider Four-Wheeler: Web Line that connects to the S.H.I.E.L.D. truck!

Spider-Man, S.H.I.E.L.D. Agent, Winter Soldier, and Taskmaster are all included!