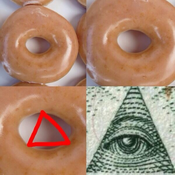 The TV show Gotham on Fox is the prequel to batman that follows Jim Gordon as he stops many criminals.

Inside, on the bottom right, Cobblepot and Zsasz are locked up.  On the bottom left, Barnes works on his cases.  On the top left, Nygma analyzes crimes, while a member of the Order of Saint Duma hides above.  On the top right is the evidence room where the Red Hood’s mask, The Black Mask, the Wayne knife, and other evidence are kept.

Some other creations included are the Wayne Manor, which includes the entrance to the cave behind the bookshelf (in the TV show it was behind the fire place), and a fireplace that lights up with a light-up brick.

Another creation is the scene when Gordon fakes Cobblepot’s death at the docks.

I also created the scene when Bruce and Alfred go down into the cave below Wayne Manor.

The last scene I created is the scene when Jonathan Crane is injected with fear serum and fears the scarecrow behind his house.

I also created purist minifigures of villains that will appear later on in Gotham.  These include the Court of Owls, Firefly, Clayface, Count Vertigo, the Mad Hatter, Hush, Solomon Grundy, Anarky, and Ra’s Al Ghul.